Labour will get rid of Katie Hopkins 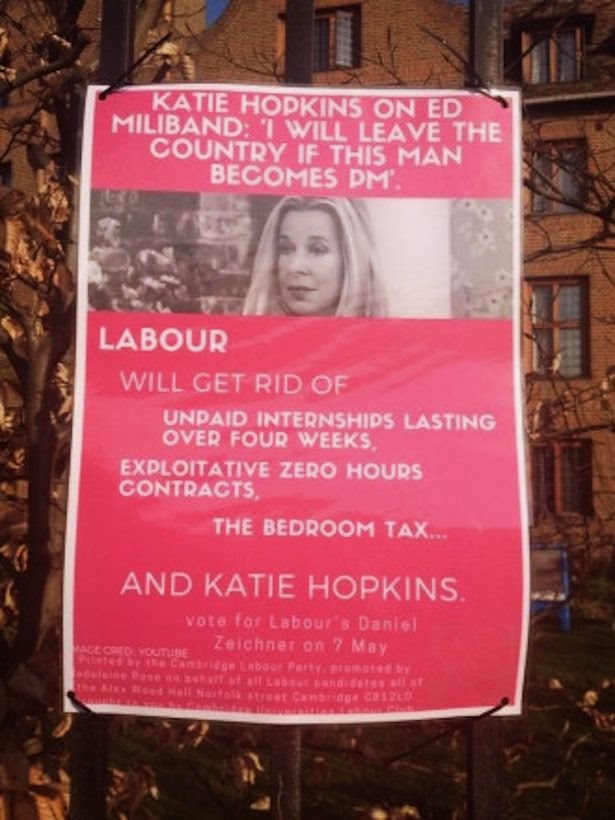 Hat tip to Cambridgeshire University Labour club for this poster.

Katie Hopkins is the Sun columnist who recently called migrants "cockroaches"..."feral humans" and "doesn't care if migrants die while trying to leave their countries by boat" " even if she was shown “coffins and bodies floating in water” she would not be moved.


This was in response to the 400 migrants - men, women and children who drowned last week.

I was due once to debate pensions with this person on Radio 5 Live. However thankfully she pulled out of the interview. Imagine being in the same room as someone who thinks like this.