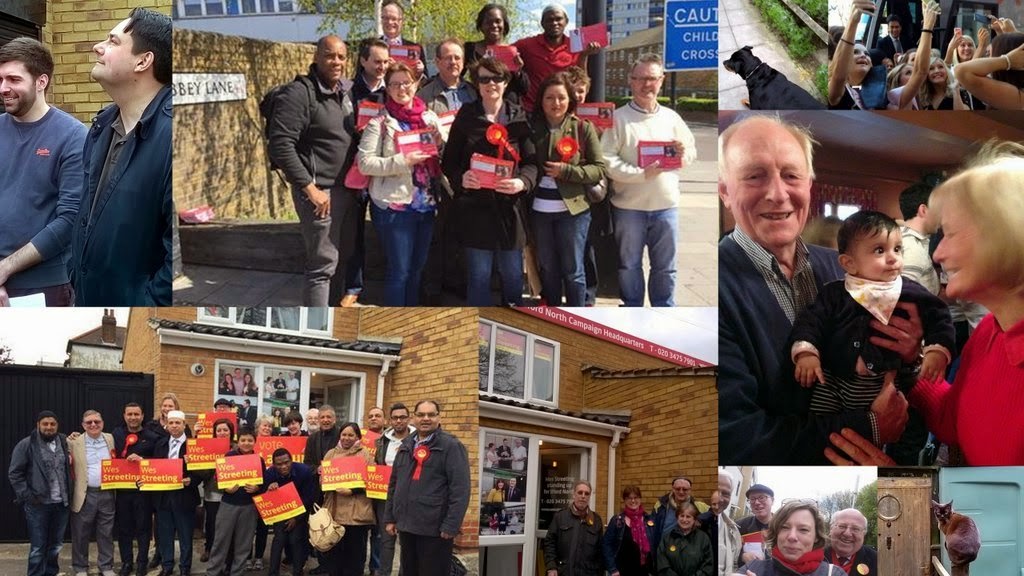 This is another picture collage of West Ham (and East Ham) Labour out campaigning this weekend.

There is a Stratford & New Town ward team in Abbey Lane, E15. While East and West Ham activists were out Sunday morning with Ilford South, Mike Gapes. In the afternoon, Stephen Twigg was at Ilford North to show support. I went door knocking with Tower Hamlets Councillors, Josh Peck, Danny Hassell and Redbridge Councillor, Stuart Bellwood.

We went to Roding ward where we a pretty good response. I spoke to a number of residents who despite being in their 20's were first time voters intending to vote in this election and those who were genuinely undecided who to vote for and were up for a  political conversation.

At one home Danny knocked at an enormous Rottweiler dog charged out of the doorway despite being called back by its owner, but after a few dodgy seconds we realised that it was very friendly and in fact as soft as butter.

Back at the Ilford North Campaign base I spoke to a fellow North Walian about Labour chances in Clwyd (North Wales) and than ran into more West Hammers returning from another door knocking team.

I couldn't resist including the fanatic picture of Labour Leader, Ed Miliband and the Chester Hen Party (top right) nor the picture of baby Juniper (daughter of Cllr Farah Nazeer) with the Kinnocks in Hampstead & Kilburn.
Posted by John Gray at Monday, April 20, 2015