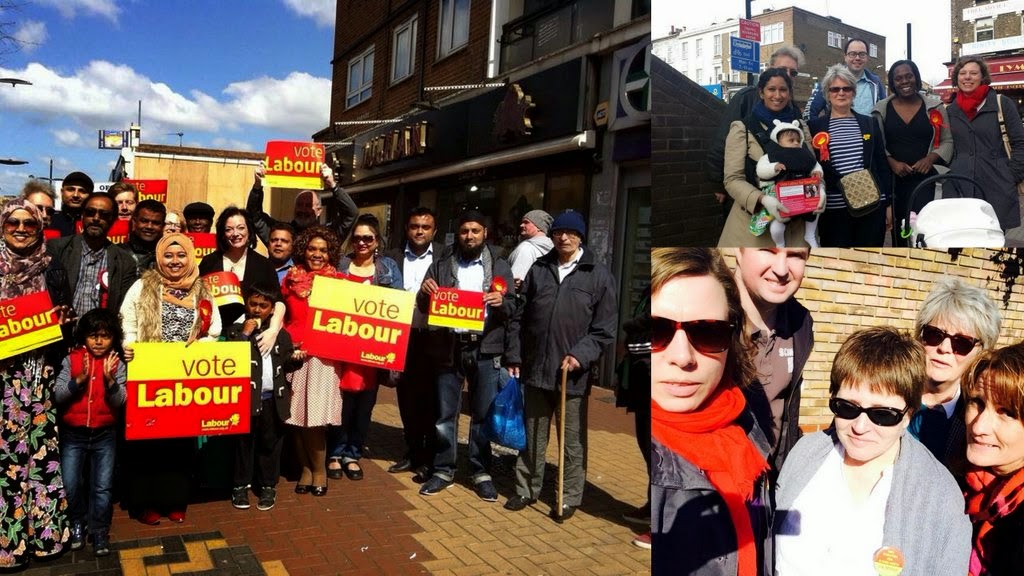 Pictures of some of the West Ham Labour Party activists out campaigning with our Parliamentary Candidate, Lyn Brown and Stratford & New Town ward Candidate, Charlene McLean.

Yesterday evening in Stratford, Green Street this morning and this afternoon in Ilford North.

Check out below one of the reasons why I think this this election is so important. Remember that the Trussell Trust are not the only organisation handing our emergency food to hungry families.

Shadow Work and Pensions Secretary Rachel Reeves described the 618% rise in the number receiving emergency food aid as “shocking” and called on David Cameron to sign up to a pledge to reduce the number relying on food banks. Meanwhile, the Yorkshire Post reports that one in five rural households is now officially classed as living in poverty...."
The Independent, Page: 1, 4   Independent i, Page: 4   Yorkshire Post, Page: 1

(Tomorrow - Sunday 19 April we are going to Ilford North for 2pm. Give me a ring if anyone wants a lift)
Posted by John Gray at Saturday, April 18, 2015