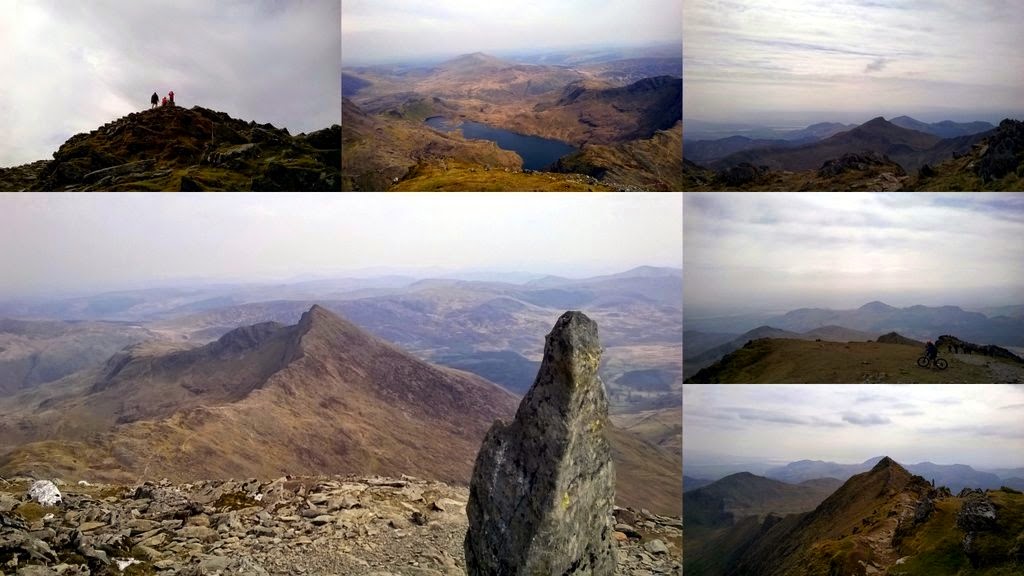 Off message but earlier this month I went to North Wales for my mum's birthday but also to walk up Snowdon (Yr Wyddfa) to pay my respects in memory to my father whose ashes were scattered on at the summit in April 2002. I normally go with my sisters but this year for various good reasons I was by myself.

The weather was simply glorious. Warm in the sunshine and you could clearly see for miles.

I went up via Watkins path and despite having walked it before and being one of the most clearly marked routes, I got lost right at the beginning (due to sheer stupidity) and then also lost my glasses and had to retrace my steps until I found them. After about an hour and some cross country scrambling, I re-joined Watkins path.

This is a lovely and relatively quiet route up way Snowdon. You go past waterfalls and long ago abandoned mines and quarries.

I passed Gladstone Rock where the 19th Century Prime Minister is said to have stood on and speak  to a crowd of 2000 people.

A shepherd who was driving sheep upland with dogs and whistles shouted up to me to open a gate to allow the sheep through. The sheep then followed me along the path for about a mile.

The last part of Watkins Path was a long, hard slog. Especially the scree at the very end. You have no choice but to just take your time and go on and on. I was very glad it was not wet and slippery.

In return for the effort, the views were simply magnificent and (not that I had much left) breath taking. You feel that you are on top of the world.

At the summit it was still clear but cold and windy. So after saying hello to John Gray Senior and a brief bite to eat, I started back along the ridge via a different route down.

I got a little lost again but managed to re-join the path and for the next 2 hours passed no one as I made my way down the other side of the valley. Going down can be as hard work as going up and even more hazardous. My knees were complaining and my walking sticks were more than a nuisance when climbing down. Eventually I came to a old quarry tramline and dropped down again to Watkins path.

It took me about 4 hours to climb and nearly 3 hours to come down. Watkins path is well made but very difficult at the end and I would not go this way in bad weather nor use the route back either.

All in all it was a fantastic walk. While I enjoy company, walking by yourself, at your own pace, with your own thoughts, in such beautiful surroundings is refreshing and good for your soul.

I was staying in Betws y Coed  and stopped off for my traditional end of walk cold beer to toast the Mountain at Bryn Tyrch Inn in Capel Curig.

(check out more photos at Facebook)
Posted by John Gray at Monday, April 27, 2015