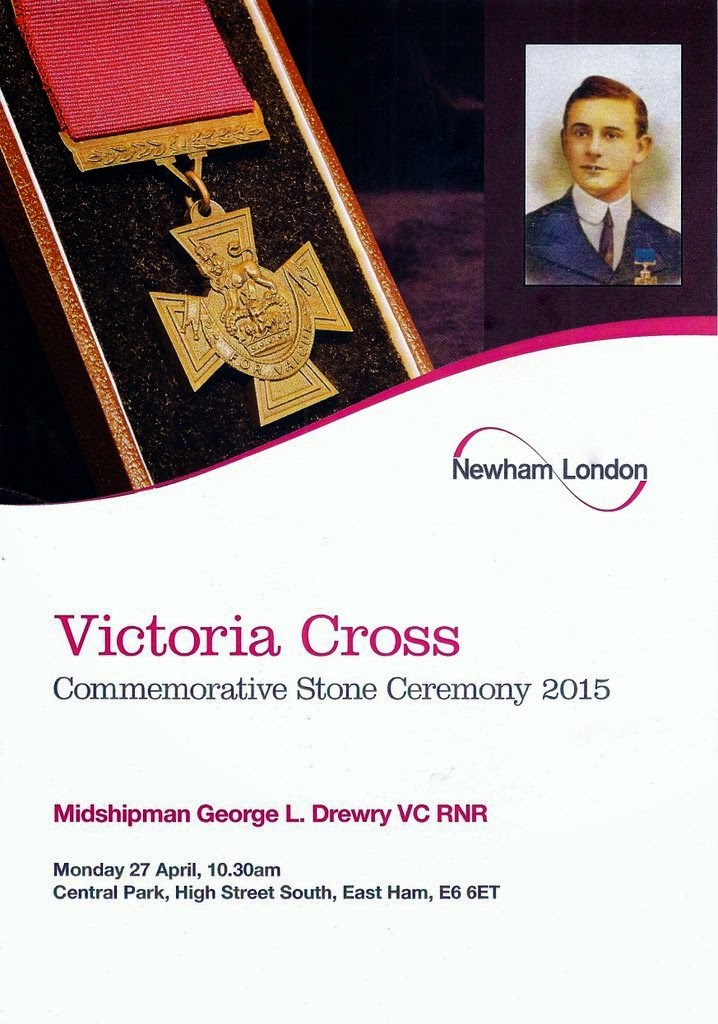 It was to mark the unveiling of the first of 5 paving stones to be placed at the Cenotaph to remember the heroism of five Newham residents, who won our nations highest military honour, the Victoria Cross, during World War One.

The ceremony was very much a naval affair led by Hon Vice Admiral The Lord Sterling of Plaistow, GVCO CBE RNR. There were other Royal Navy personal, Sea Cadets and a Royal Marine Bugler who played "The Last Post".

In a nice touch they had a modern day Royal Navy Midshipman (this is the most junior Officer rank) give the account of the incredible heroism by George Drewry, who despite bring wounded, repeatedly risked his life under heavy enemy fire to enable troops from his ship to land at Gallipoli.

Check out the tale at Newham Story.

I hope to attend all the ceremonies commemorating Newham residents who won the Victoria Cross during First World War.

The ceremony yesterday was special to me since (as already mentioned in this post) my Grandfather, Frederick Matthews MC, was also in the Royal Naval Reserve (RNR) and fought in Gallipoli.
Posted by John Gray at Tuesday, April 28, 2015