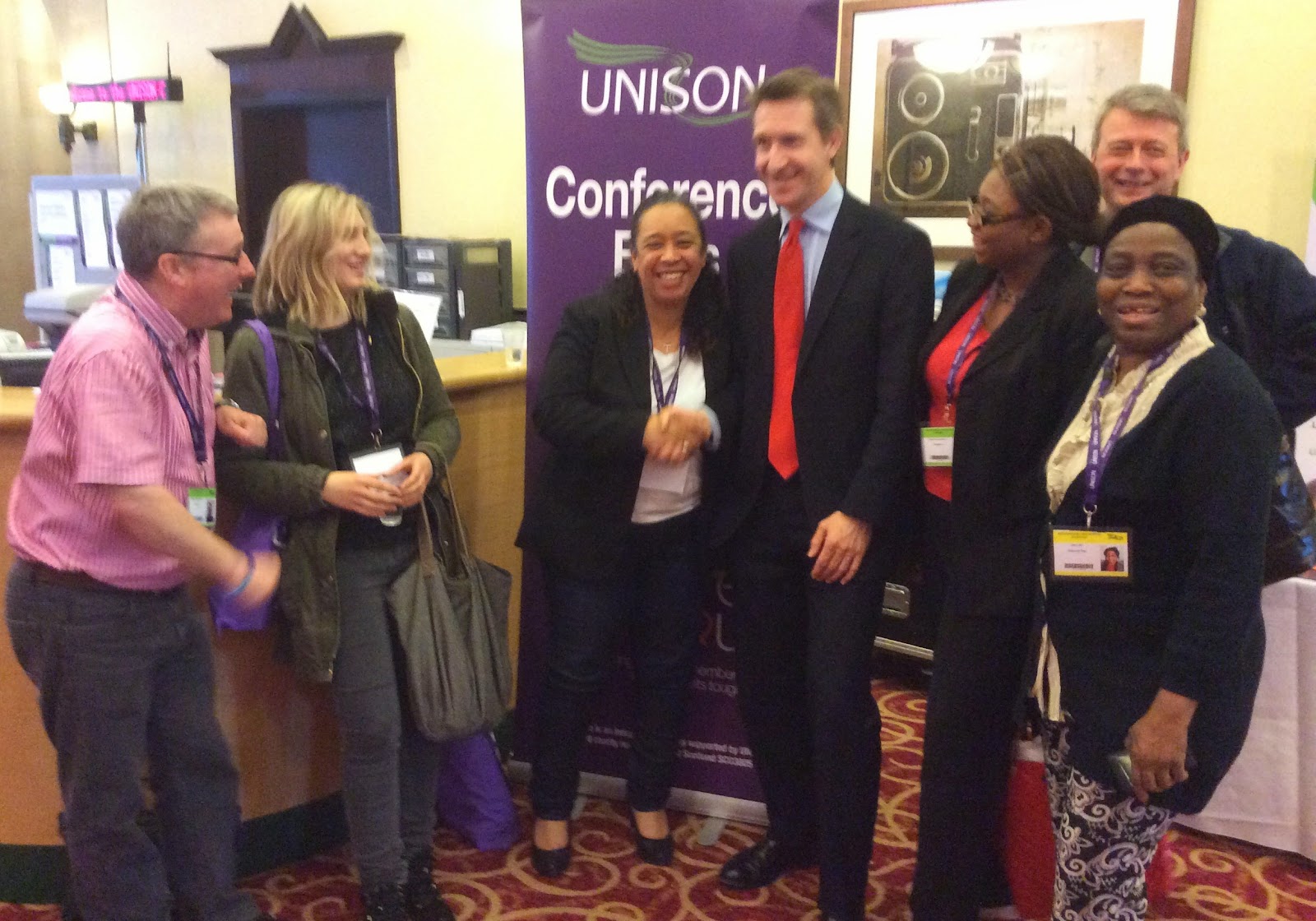 This afternoon was the start of the Unison National Seminar for Community (Housing Associations & Voluntary Sector) in Bradford.

Beforehand there was a meeting of delegates who work in community sectors. I went to the Housing Associations meeting. It was really useful to discuss common issues and experience with fellow workers from up and down the country.

The Seminar started off at 2.30pm and the first speaker was Shadow Labour Minister, Dan Jarvis MP.  See Dan in picture sharing a joke with members of my Branch.

Final session at 5pm was a speech followed by Q&A from our General Secretary, Dave Prentis. Dave made it clear that the union has to do everything it can to get rid of this Tory Government, which if it gets in again will finally destroy public services in this country and will do everything it can as well to destroy the union.

It the Q&A I made a comment that the choice in May 7 was between a Tory government and a Labour Government. That was the only choice. People may wish that this was different but this is the reality. It's Labour or it's Tories. It is a free country but people on May 7 could either vote for a Labour Government or let the Tories in. It is a simple as that.

Afterwards we all went to regional meetings and next is a trip to one of the famous Bradford Curry houses for a delegation meal.

The seminar starts again in the morning and the Community National Conference starts at 2pm.
Posted by John Gray at Friday, February 27, 2015