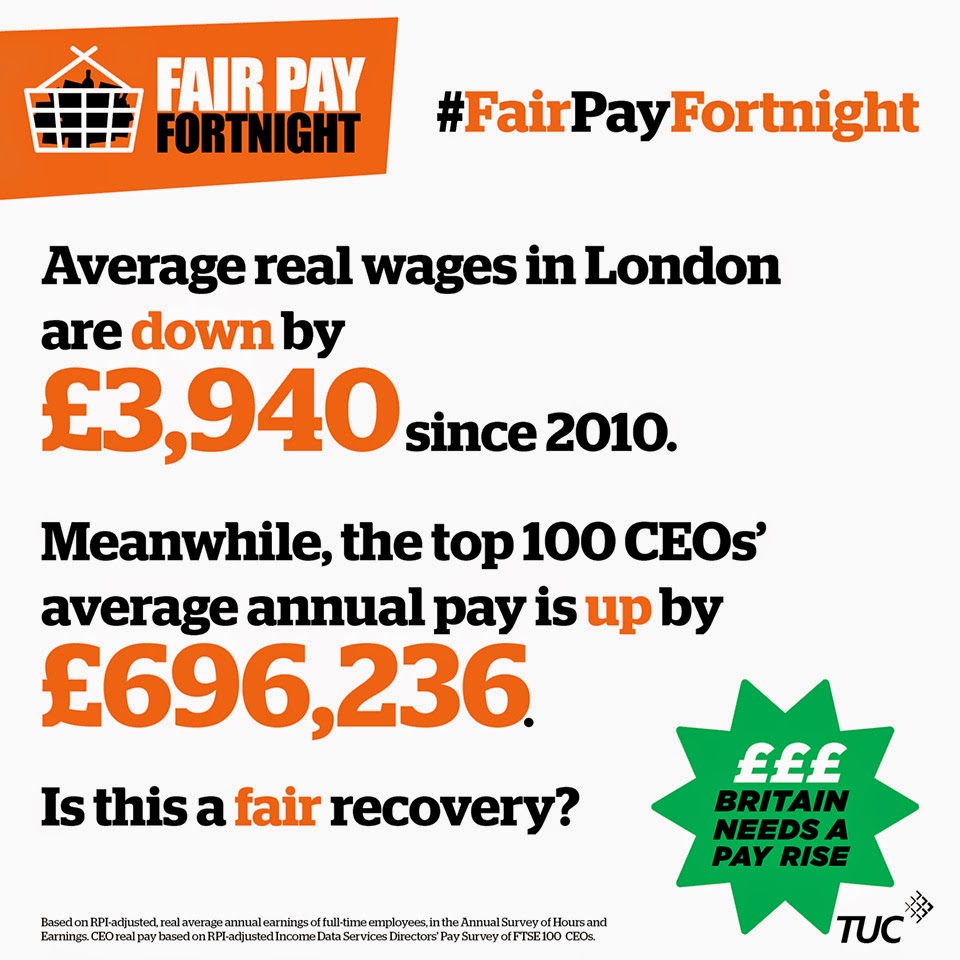 Check out TUC website. These facts are a national disgrace and no Party except Labour will do anything to change this. "From 16 February to 1 March 2015 the TUC is running Fair Pay Fortnight, a series of events across the country that will raise awareness about Britain’s cost of living crisis.

Working people in the UK are seeing their living standards squeezed harder and harder every year. The cost of energy, food and housing is soaring but wages aren’t keeping up.

People have lost over £4,000 since 2009 and while jobs may be returning to the economy they’re increasingly low paid, low hours and low security.

A listings of local events around the country to mark Fair Pay Fortnight will be hosted at www.fairpayfortnight.org. Campaigners will be out and about in many towns, and we’d love your help if you can spare a few hours to spread the word about Britain’s bad jobs crisis.

Find out more about why Britain needs a pay rise."