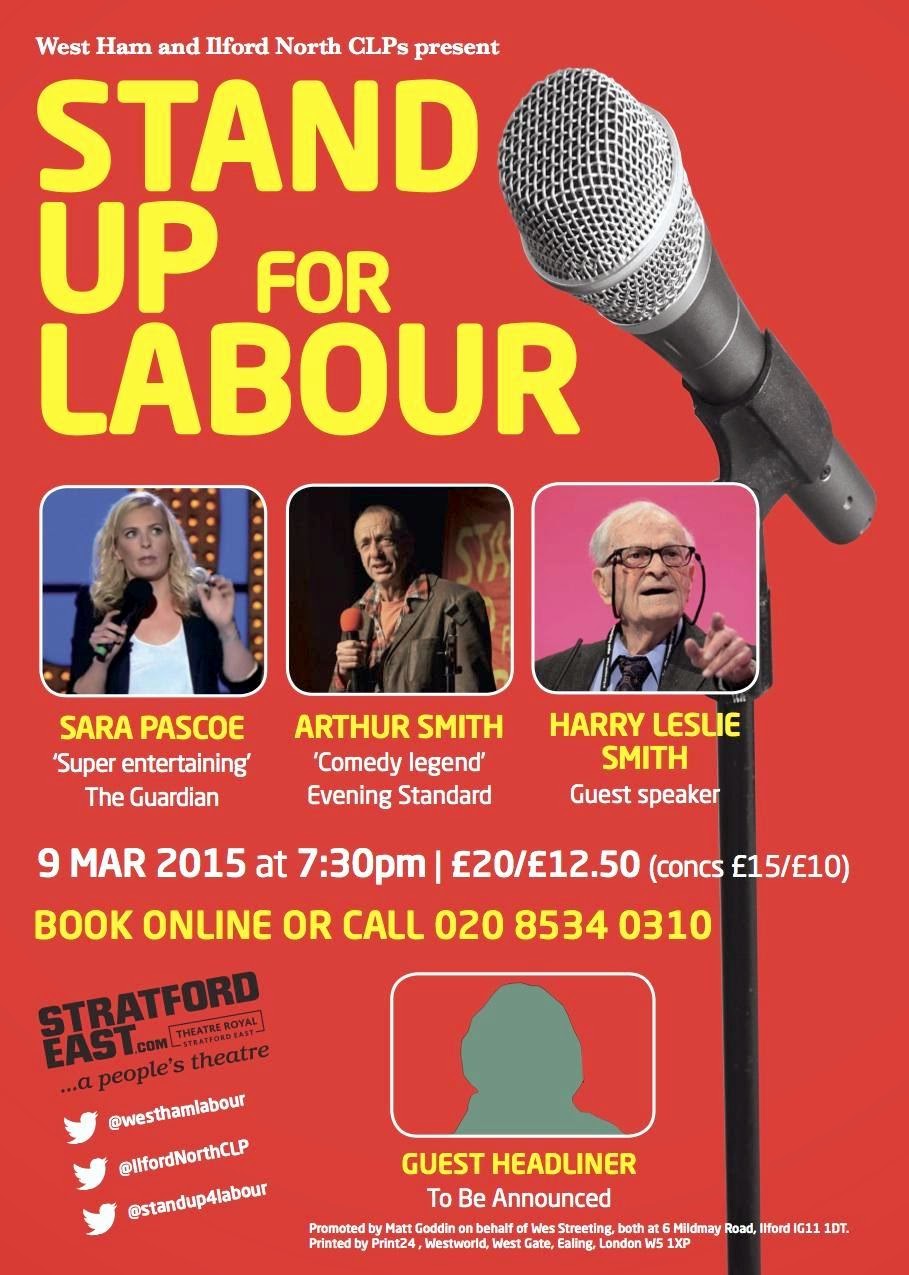 West Ham and Ilford North CLPs are hosting that biggest ever Stand Up for Labour event at Stratford’s famous Theatre Royal on 9 March. You can book your seats here to attend a fantastic night of comedy to raise money for Labour.

Top comedians Sarah Pascoe and Arthur Smith, famous for both stand-up and TV and radio panel shows including QI, are already confirmed, along with Live from the Apollo compere Stephen K Amos. And we’ll soon be able to reveal our very famous headline act…

The night is hosted by Lyn Brown, MP for West Ham, and Labour’s candidate for Ilford North Wes Streeting. We also have a special guest speaker, NHS campaigner Harry Leslie Smith, who received a standing ovation at last year’s Labour conference talking about his life and childhood before the welfare state.

This fantastic night of comedy is all about raising money for Labour’s election campaigns in West Ham and Ilford North (our key battleground in East London).

Hope to see you raising a laugh to raise money for Labour on Monday 9 March.