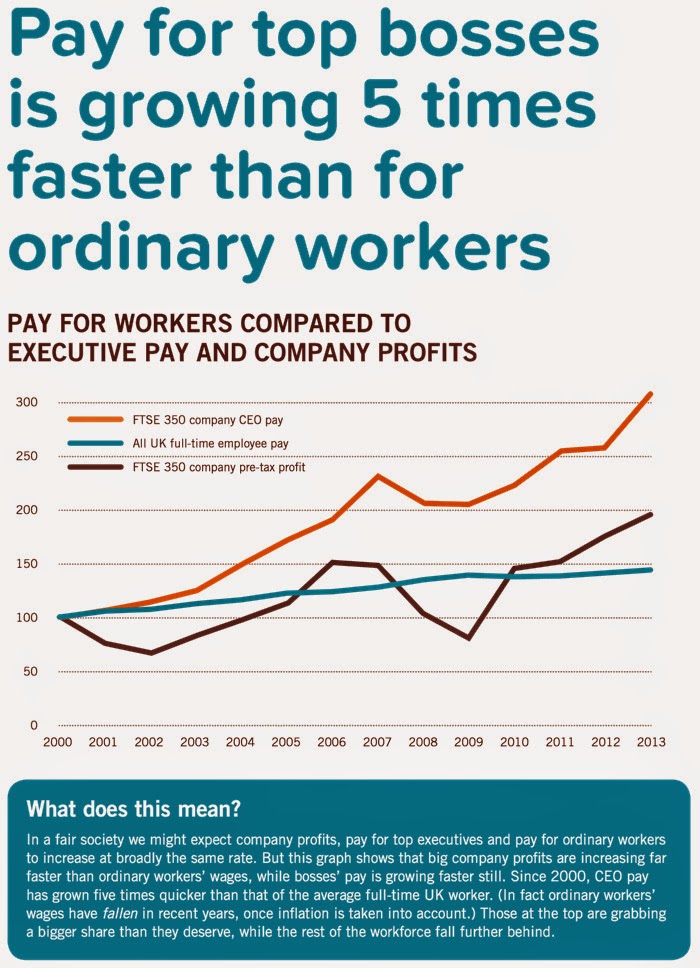 We are being taken for mugs. Workers and the share owners of companies (such as pension and insurance policy holders) alike are being ripped off. The father of modern day economics, Adam Smith, (not someone I usually cite and whose book "Wealth of Nations" was alleged to have been always in Margaret Thatchers handbag) warned the owners of companies in 1776 about the danger of Managers ("Agents") taking too much money for themselves at the expense of share owners ("Principles").

No wonder we are seeing a backlash by obscenely highly paid Chief Executives against the prospect of a Labour Government.

"Pay for Chief Executives of FTSE 350 companies has increased more than twice as fast as company profits... and around five times as fast as pay for the average UK worker".  Hat tip Inequality briefing.