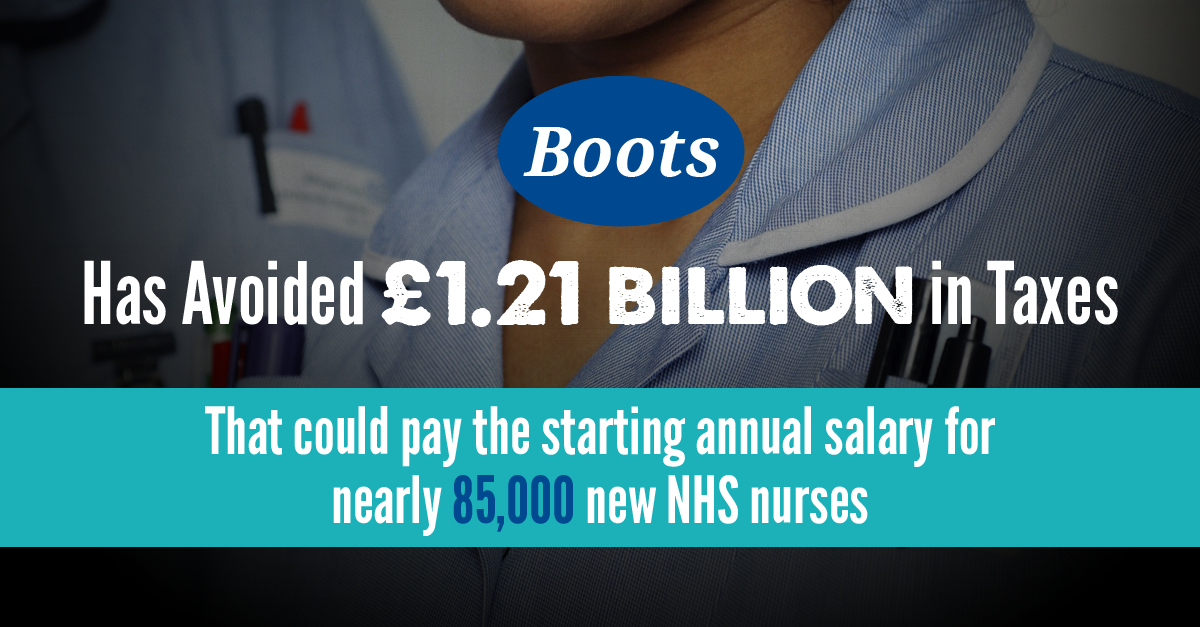 The latest attempt by the Tories to attack Ed Miliband has backfired.

The Billionaire Italian boss of Boots the Chemist, Stefano Pessina. told the Sunday Torygraph if Labour politicians acted in the way that they spoke “it would be a catastrophe”.

It turns out that the billionaire does not pay any tax in the UK and lives in Monaco. Also that Boots has avoided £1.21 billion in corporate tax dodges since 2007. Enough to have employed nearly 85,000 new NHS nurses.Check out Richard Murphy at tax research UK

When you consider that 40% of its turnover is from NHS prescriptions you start to realise how corrupt the senior management of this once proud UK company are.

As a pension trustee and representative of asset owners I consider all companies who avoid paying their fair share of taxes as being run by thieves. If they deliberately don't pay their taxes then what other immoral and corrupt practices are taking place in that Company? Executive pay fiddles? Bribery? Child labour? or destroying the environment?  If you have a company culture that sees nothing wrong with depriving pensioners and hospitals of money then there is obviously a huge governance risk.

Expect similar "dog whistle" attacks by the rich and powerful against Ed Miliband and Labour in the run up to the General Elections. The millionaires who back the Tories do not want to pay their fair share of taxes and will do anything to defeat Labour.
Posted by John Gray at Sunday, February 01, 2015