Fidelity uses profits from your pension to fund the Tories and put you out of a job? 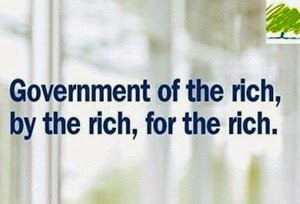 Just think about it. The multi millionaire owners of Fidelity uses profits from managing Council pension funds to promote the Tories - who want to sack and/or destroy the pay and conditions of those Council workers - who pay into the pension scheme in the first place.  What on earth is going on?

"As the latest info from the Electoral Commission reveals, Fidelity is still funding the Tories. £25,000 donated in November took their total for 2014 up to £120,000.

They are also still paying Tory MP Sir John Stanley for advice on "business opportunities and risks" at the rate of £1,800 a month (so around £20K a year). As I've noted before his constituency is where Fidelity is based, so will be interesting to see if they continue this relationship with Sir John's successor as he stands down at this election. It's a very safe seat so will return another Tory.

For those new to this story, it's worth noting that Fidelity have also -

Donated £50,000 to the No campaign in the AV referendum

So, if you don't want to fund the Tories by accident you might want to check out if you have any savings managed by them and see if you can switch. I shifted our family savings away from Fidelity several years ago because of this. I continue to try and make non-Tories, including pension fund trustees, aware of this link between Fidelity and the Tories. It's up to individuals to decide if they are happy with it, or if they think it constitutes any kind of conflict, but they should at least be aware of it.
Posted by John Gray at Tuesday, February 24, 2015