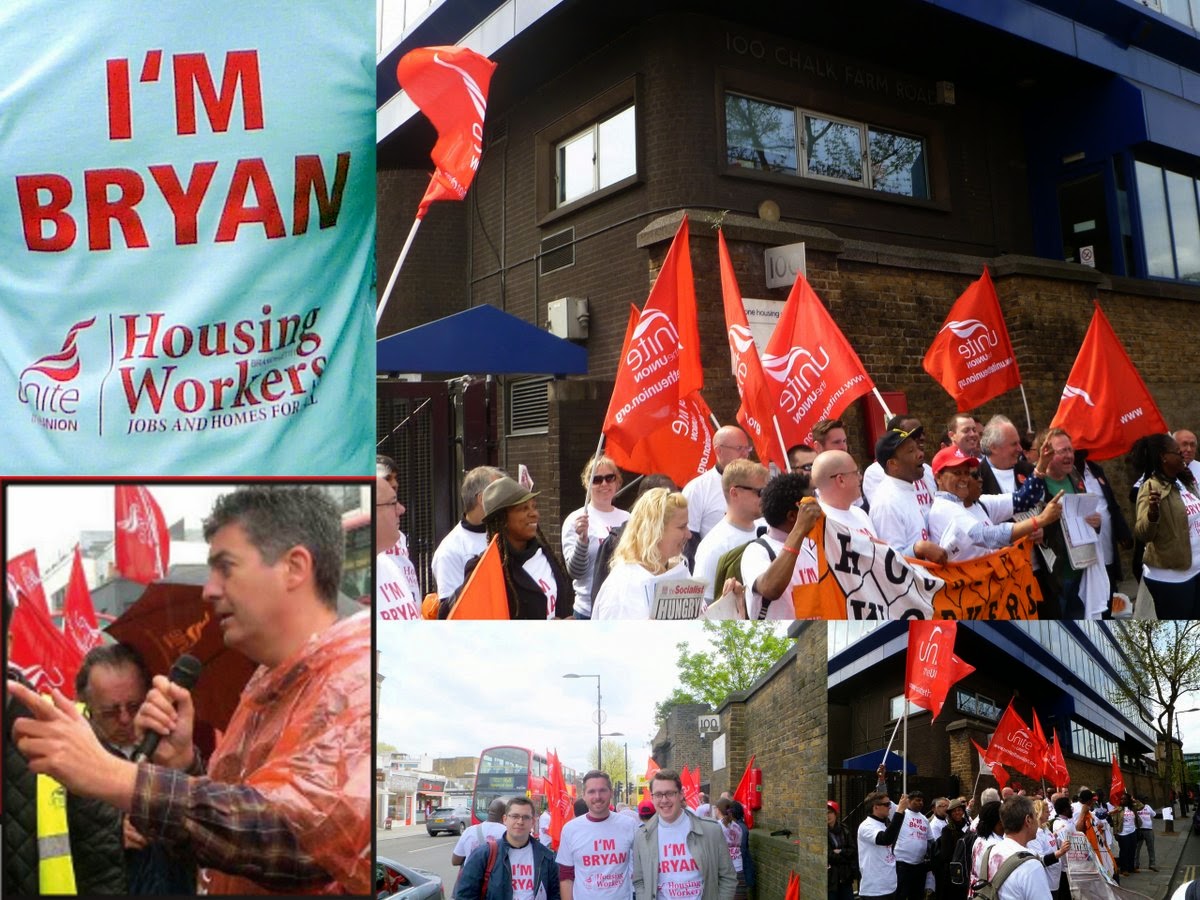 Yesterday, I was able to go and support the lunchtime lobby outside One Housing Group headquarters in favour of the victimised Unite Convener for One Housing, Bryan Kennedy (see picture from last year in bottom left).

See my previous post about Bryan and One Housing history of victimising trade union activists. They also have a really awful reputation for treating residents badly and for tearing up agreements.

I have not come across any Housing Association that is so disliked by so many residents groups, Councillors, MP's etc yet it pretends it does not give a damn what anyone says about them.

See my previous post about the really, really rubbish governance arrangements of so many publicly funded Housing Associations.

At the Lobby was Labour Party London Assembly member and their Housing Spokesman, Tom Copley (see picture bottom middle  - who was also a speaker at our recent UNISON branch AGM).

At the lobby it was announced that Bryan had been certificated as being sick and that it had been agreed to postpone his hearing.

I hope that even at this late stage that One Housing comes to their senses and deal with this issue properly.
Posted by John Gray at Thursday, April 24, 2014