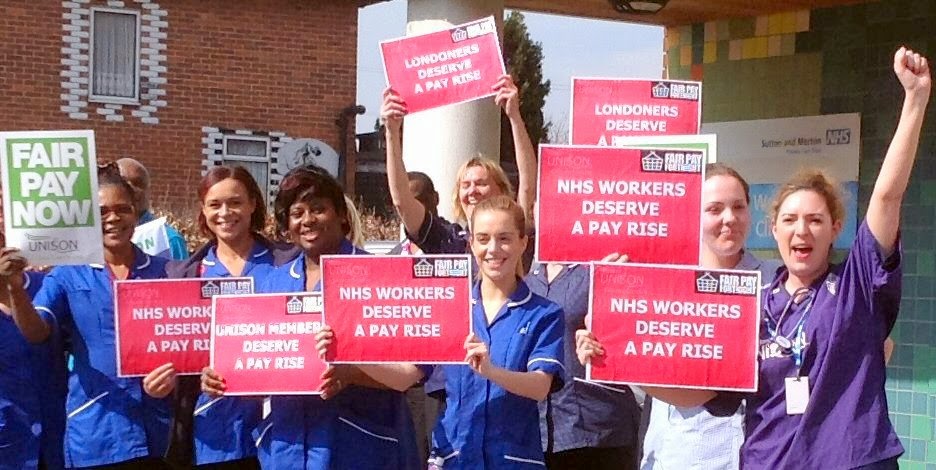 Please make sure that everyone understands that any pay "offer" under the rate of inflation is a pay cut.

Why is it when the rich in this country are getting, richer and richer, the Tories are cutting the pay, again and again, of those we want to look after us when we are sick?

"UNISON today described health secretary Jeremy Hunt's pay plan as "divisive, unfair and disingenuous", as NHS staff across the country took part in protests against it.

The day of protest on pay comes during Fair Pay Fortnight, and the union's head of health, Christina McAnea, writing for Labour List, pointed out that Mr Hunt is "will not even honour the recommendations of the independent pay review body to offer them [NHS staff] all a 1% increase to hourly rates".

Ms McAnea says that the recommended 1% was "woefully inadequate" after "years of below-inflation pay awards", but for staff in England, Mr Hunt "has restricted the 1% offer to those at the top of their pay bands" and it will come as a cash sum.