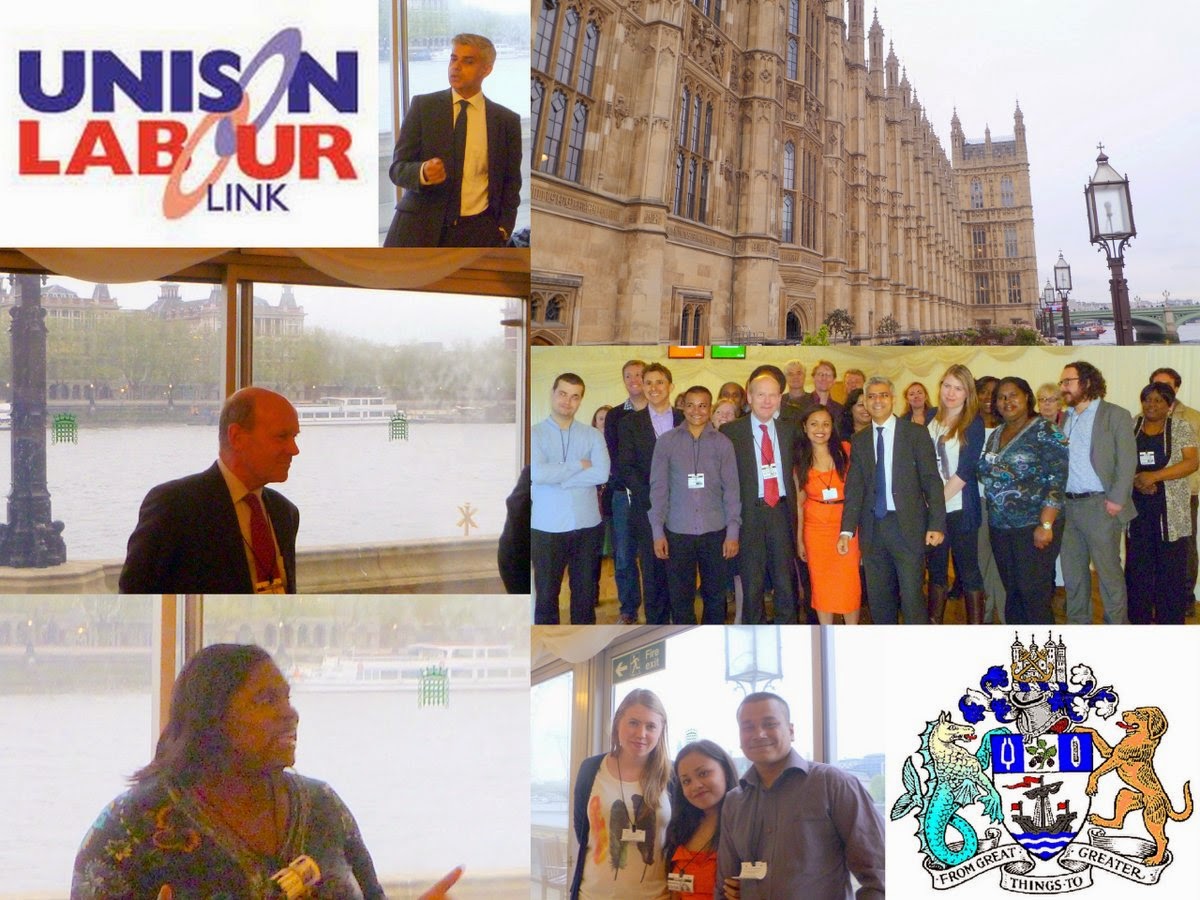 This reception was for UNISON members who live in the London Borough of Tower Hamlets who have volunteered to pay the Labour Party political levy.  I was there as Chair of London Labour Link.

It is an opportunity for rank and file union members and their guests to meet Labour Party politicians to let them know what they think about issues important to them and for us to encourage them to get involved in the Party and campaign for Labour (and union values within it).

The guest speaker was Labour MP for Tooting and Shadow minister for London, Sadiq Khan, who is the son of a London bus driver and a good friend of UNISON. He and I briefly swooped horror stories on our London marathon adventures (he finished his 2nd marathon this year after 4 hours 19 minutes).

Labour Candidate for Tower Hamlets Mayor, John Biggs, also gave a well received speech about the vital importance of making sure the next elected Mayor of the borough is outward not inward looking. I have worked in Tower Hamlets for nearly 25 years and known John for many of them and while we have not always agreed on everything (who does?) I think he will make an excellent Labour Mayor

We also had Sanchia Alaisa speak, who is a London Labour Link Committee member and a Labour Candidate to be one of our Members of the European Parliament next month. Sanchia stressed how workers have benefited from our membership of the EU and if we leave,  TUPE protection, maternity rights, holiday pay, health & safety and protection for agency workers will be risk.

I think these events are really important to connect our Labour representatives with their core vote, who were not at all shy about letting them know their views and who many have also volunteered to fight the good fight for Labour in Tower Hamlets during the next crucial few weeks.
Posted by John Gray at Sunday, April 27, 2014