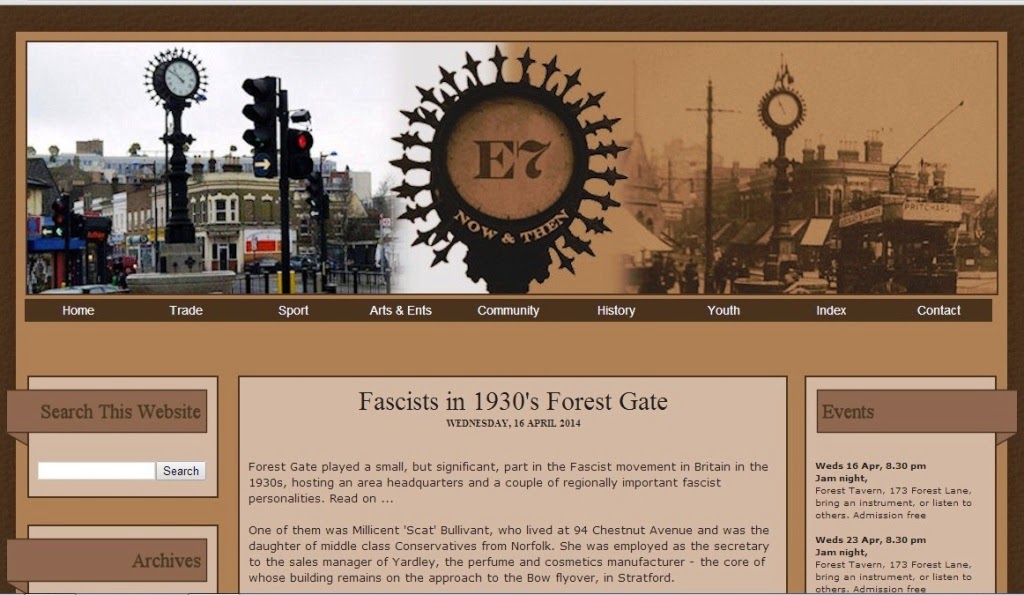 Fascinating post by local history blog "E7 Now & Then" on Fascism in  Forest Gate, Newham, East London during the 1930s.

I have lived in Forest Gate since 1988 and I knew that Mosley and his fascists use to hold open air meetings at the old bandstand  near to where I now live in Wanstead Flats.

I didn't realise that I passed the former local British Union of Fascists district headquarters everyday on the way to and from the railway station.

The post is largely about Forest Gate but mentions fascist activities elsewhere in East London.

I think we should be proud that despite the mass unemployment and economic hardship of the 1930's that the fascists were never able to win any significant level of electoral support in London.

The Forest Gate fascists seemed to have been composed solely of racist middle class anti-semitics and working class jack boot uniform fetishists. I suspect they differed very little from our modern day racists and  fascists.