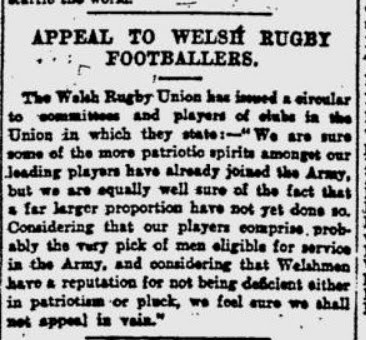 Not sure whether to smile or cry at this Welsh newspaper clipping from the First World War.

I doubt that any form of footballer skills were much use against German barbed wire, machine guns and artillery during British infanty attacks on the western front.

Hat tip Captain Swing (who I have asked for a reference for this clipping)
Posted by John Gray at Monday, April 14, 2014