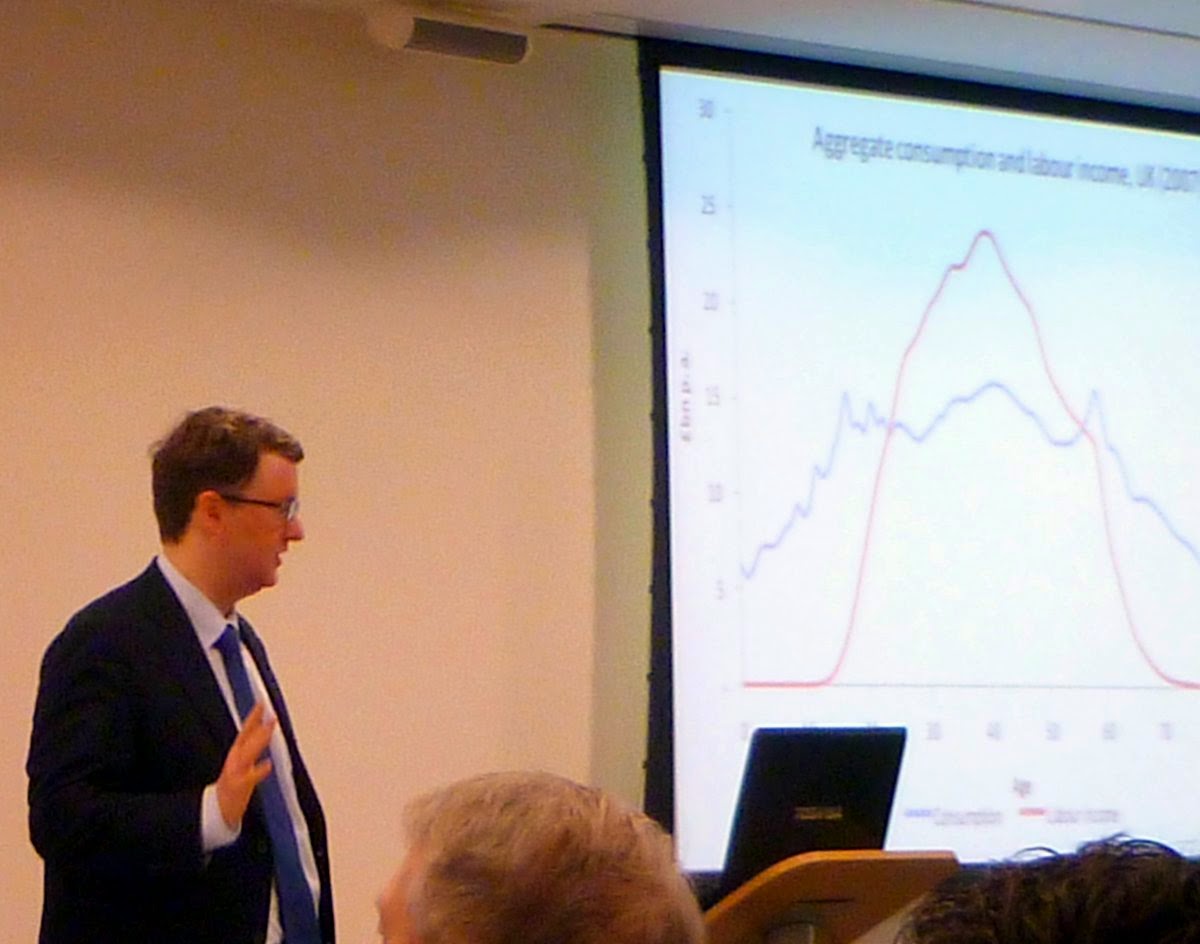 This took place only a day after the Budget, when the Government announced its plan to allow personal pension policy holders to "cash in" their accounts when they retire rather than buy an annuity.

Gregg apologised to us that he would have to leave early since he had to go to the House of Commons to listen to Coalition Pension Minister, Steve Webb MP give further details of the proposed changes.

This is the sort of situation when politicians earn their money. A massive change in pension policy (and largely unexpected by all including the media) was less than 24 hours old yet the "Loyal Opposition" had to come out very quickly with a considered response.

Gregg suggested that he could be using this conference as a test bed for the debate in Parliament later that day. He wants more detail about the Budget proposals but thought that the the new approach of yesterday, seemed to be a move away from the Turner Commission consensus building on Auto-enrolment? It also seems at odds with the apparent government support for Collective Defined Contribution (CDC) schemes? How can CDC work if people take their money out in cash at age 55? How can you share the risk? Who and how will this "advice" to savers be provided? Are pensions becoming an Individual Savings Accounts (ISA)?

As well as being a professional politician (and of course in my view on the side of the forces of light and reason), Gregg is also a former Oxford don - so was able to think on his feet and give a good account of himself.

Check out this article in Professional Pensions about what I think is the debate between Greg and Steve Webb later that day in Parliament.

My own initial views on the Budget proposals are here.
Posted by John Gray at Wednesday, April 02, 2014