Total "Out of Burma" – Day of Action Sat 24 November 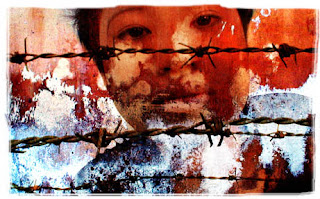 The campaigning group “Total Out of Burma” is holding a national “Day of Action” next Saturday 24 November 2007. They are planning protests at petrol stations owned by French Oil Company Total.

Total have massive investments in Burma which generate hundreds of million of tax dollars for the military junta in Burma. Remember the regime need foreign exchange in order to oppress and control its own people.

Aung San Suu Kyi the Burmese democracy leader is quoted as saying “"TOTAL is the biggest supporter of the military regime in Burma". While still under house arrest (12th year of detention) she has also pleaded for a total withdrawal of investments in Burma

Click on “Total Out Of Burma” to find the location of the nearest protest to you.

At my recent Labour Party ward meeting the (Newham) Councillors present promised to investigate whether or not their pension scheme had any investments in Burma such as Total (they probably do). Also following representations from trade union members I have contacted the Chair of my own Council Pension scheme in Tower Hamlets asking similar questions.

I think that apart from the overwhelming moral case not to invest in Burma and therefore support this murderous junta, this is also a fiduciary issue. Pension and life assurance funds ought to assess the potential financial risks to their funds from such “investments”. For example, Total is the lead partner in a $1.2 billion investment in an off shore gas field in Burma. If European or US sanctions are tightened and they have to sell off these assets quickly then Total could face huge losses. Nevermind the widespread boycotts of Total and its reputational risk.
Posted by John Gray at Saturday, November 17, 2007

I'm glad I'm not in your pension scheme John. I fear it may have bugger all in it when you come to retire - Now you have been TUPED to the private sector do you have to share the ravages of Gordon "Stalin" Brown's financial mis-management like the rest of us?

I’m still in the local government pension scheme! Actually I suggest you read the excellent post by Tom P on the Daily Torygraph and the city clowns who earn huge amounts of money (our money) for supposedly looking after our pensions. Read, learn and weep.

Same sort of business acumen as Darling who has presided over the first run on a British bank for more than a hundred years? The man who has given 24bn of tax payers money to Northern Rock, and is exposed for up to 40bn. Or the business acumen of Brown who sold most of the UK's gold reserves whilst they were at historically low levels losing billions, and wiped millions off everyones pension funds? What mediocrity! If I want any lessons on where to invest my pension its likely to be from someone with a record for generating a profit - public employees and trade unionists are not high up on this list.

Sorry, obviously any such problems are due to to inadequate state regulation, supervision and intervention. Perhaps (for once) you are partly right and that we should have more regulations and supervisory bodies checking on what these white collar thieves are up to and what needs to be done. Trade unions will surely have an important role to play on these bodies!

Start off by nationalising Northern Rock I think? There is more than enough collateral after all. The market has clearly failed and we need a socialist alternative I think? I am sure you will agree!

unfortunatly due to Blair and Brown - nationalising it would fall foul of EU state aid rules - what we actually need is less Governemnt not more - I don't agree to the State regulating me more - these cretins can't even run what they have in a semi competent manner. Hows Darling going to get our 24bn back? Lets be clear - he has put 5% of the annual budget of the entire public sector into this - how did they allow this mess to develop - "no more boom and bust"! - watch this space.

Hi Anon
I don’t think that there is anything stopping us nationalising Northern Rock, but I am pleased that you agree with such a thing if it necessary of course.

Disappointed that you appear to just defend rich posh people who earn bundles of dosh with no accountability or scrutiny. As far as I am aware Darling has not spent a taxpayer’s penny on anything. He should...we need a proper "mixed economy".

"Same sort of business acumen as Darling who has presided over the first run on a British bank for more than a hundred years?"

Personally and somewhat controversially I think the run on NR was the fault of.... wait for it.... the directors. They developed a strategy that was always going to fail in the credit markets seized up. I don't see what anyone - the Govt, the BoE - could have done to end this one any differently.

In all the commentary I have read about NR no-one seems to have come up with a good alternative strategy. There are suggestions about timing - the BoE could have stepped in earlier, Darling could have offered the guarantee earlier - but notably both these would have involved MORE state intervention. Which rather undermine your view.

Equally should Darling simply have not stepped in - and let thousands of savers lose their money?
Unfortunately for 'small staters' like yourself this is probably one of the worst times to make the argument that we need less Govt, and let the private sector sort things out.

It's clearly not just NR. Major Wall St players like Citi and Merrills have got billions in bad debt on their books now. I read somewhere the other day that for financial institutions as a whole it might hit 1 trillion USD. And you reckon the Govt is incompetent.

Of course in the case of Citi and Merrills it's the usual case of rewards for failure. Despite the spectacular losses, the CEOs of both are going with huge pay-offs. Chuck Prince gets only about $95m, but Stan on Neal should get about $150m.

It would be so bad but it was only a few years ago that the geniuses in the City last showed their competence - p***ing pension funds' money away on TMT garbage, or cheering on Marconi as it destroyed itself.

Don't make me laugh Tom... You seeem to have no grasp of the basic economic facts? Which People Republic are you working for?..according to you when the economy is going well...its all down to Labours sound economic management...when there is a problem its all down to bosses? Who coined the phrase "no more boom and bust"...not the markets? Its Brown that has presided over the greatest levels of personal debt in the western world through ten years of loose and easy credit - now we head into the worst annual growth for fifteen years and house prices tumbling...lucky Gordon should have gone to the polls last month...the general public are sitting on an iceberg of debt that was encouraged by Labour...Brown sowed the economic problems and now Labour are going to reap the whirlwind! No more boom and bust! I can't wait until next year - what a bunch of amateurs.

Hi Anon
I know you don’t really want to argue facts and want to please your Tory mates, but please let us know what should have been done rather than just bleating clichés. Don’t you have a mind of your own?

What I would have done is frankly irrelevent - what is important is holding this Government to account for ten years of spin...no wonder 200,000 people left the UK last year. More will go now Stalin is in charge..

Hi Anon
Pity you weren’t one of the 200,000 (I would have organised the party!). Still, we now have a lot of decent hard working immigrants who have replaced those who have left. Enriching our society and often looking after our old folks and the vulnerable.
Sure you don’t want to go? Shame...

"Which People Republic are you working for?"

eh? I work in the private sector in .... financial services!


"..according to you when the economy is going well...its all down to Labours sound economic management...when there is a problem its all down to bosses?"

my point was simply that NR's directors exposed the community to significant risk through the business strategy they devised. when the credit markets seized up they were always going to be in serious trouble. I don't see how this can the responsibility of anyone other than the directors?


"Its Brown that has presided over the greatest levels of personal debt in the western world through ten years of loose and easy credit - now we head into the worst annual growth for fifteen years and house prices tumbling..."

again how is this the fault of the govt? if credit is cheap it is economically rational to use it - hence the leveraged buyout wave. it's no less so for individuals. but those responsible for the outcome are the borrower and the lender.


to be honest I've really believed in 'an end to boom and bust' and I don't think govts have that much of an impact on economic growth unless they employ extreme policies.

Well Tom I work in the City and you should know that Under Brown personal debt has risen from 500 million pounds to more than a trillion pounds..maybe as Chancellor he should have been a bit more concerened? The credit industry has been allowed to let rip, using much more aggressive sales and marketing techniques. That's not surprising, seeing as most of the recent borrowing binge has taken place under legislation dating back to the early 1970s.
The Chancellor has displayed little inclination to remedy our out-dated regulatory environment on lending. He has shown no sign of championing the EU's long-running draft directive on consumer credit. Designed to protect vulnerable consumers, it remains on the table after 10 years of talk. And on the domestic front, the Government has only recently – found time to push our own Consumer Credit Act through Parliament. Even then, the legislation is merely a tidying-up exercise, rather than a way to restrain the boom.

I am not really sure that Hackney cab drivers who ply their trade in central London should describe themselves as city workers?

So now you are arguing that the state should have been more interventionist - to rein in the behaviour of those flogging cheap credit, and to prevent individuals racking up unmanageable debts.

fair enough, and I might actually agree with you, though I still think this absolves firms and individuals of responsibility, but this hardly sits well with your earlier line -

"what we actually need is less Governemnt not more"

You can't have it both ways.

The Government loses the financial details of half the country...ha, ha, ha, ha! .... the first run on a Bank for more than 180 years...what happened to the boasts about economic competence...highest levels of debt ever....highest levels of taxation....Ohhh we need more Government regulation...of course because they are so competent....Ha, Ha ,Ha, Ho, Ho ,Ho, just let me wipe these tears from my eyes!