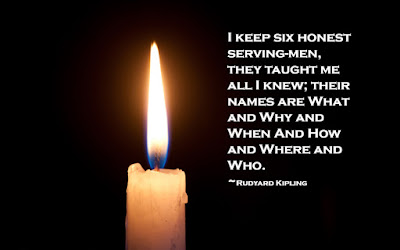 I have just been re-reading an excellent hard hitting report published earlier this month by the Select Committee on Communities and Local Government.


The Select Committee examined the grossly inadequate scrutiny arrangements in many Local Authorities. The deaths in Mid Staffordshire hospital and child sex abuse in Rotherham Council were given as examples of failures in scrutiny.

Scrutiny is marginalised at too many local authorities, which in extreme cases can contribute to severe service failures, letting down council taxpayers and those that rely on services.

Scrutiny of those in power is a vital part of any democratic system and has huge benefits for all. We are calling on the Government to strengthen guidance to make overview and scrutiny committees truly independent of those they are charged with holding to account and to make sure the process is properly funded and respected.

Only by rebalancing the system and ensuring scrutiny is held in high esteem will we see better decisions and the outcomes that residents who pay for council services deserve."

Clive calls for a much needed change in culture which is welcome but to be honest this will need Government action since many Councils (not all) dominated by strong Executive models do not believe in Scrutiny and deliberately block it.   While there are many "honest serving" Councillors from all political parties up and down the Country trying to properly scrutinise their Executive this report reflects their frustration.

I think that there are many lessons to be learnt from this report for my own Council, Newham. However we are not the only one with inadequate scrutiny arrangements.

1.That overview and scrutiny committees should report to an authority’s Full Council meeting rather than to the executive, mirroring the relationship between Select Committees and Parliament.

2.That scrutiny committees and the executive must be distinct and that executive councillors should not participate in scrutiny other than as witnesses, even if external partners are being scrutinised.

3.That councillors working on scrutiny committees should have access to financial and performance data held by an authority, and that this access should not be restricted for reasons of commercial sensitivity.

Agreed. Even Scrutiny Chairs are blocked from receiving "sensitive" financial information (for example, the report on £52 million loss on the London Stadium deal.) The Executive decides if and when information is realised.

4.That scrutiny committees should be supported by officers that are able to operate with independence and offer impartial advice to committees. There should be a greater parity of esteem between scrutiny and the executive, and committees should have the same access to the expertise and time of senior officers and the chief executive as their cabinet counterparts.

Agreed. This doesn't happen in Newham and many other Councils. Executive members have refused to attend Scrutiny meetings in the past and requests for Officers to attend have to be made via the Executive.

5.That members of the public and service users have a fundamental role in the scrutiny process and that their participation should be encouraged and facilitated by councils.

Agreed. Recently the public (and media) were banned from attending (never mind participating) in the Newham Council Fire Safety in Tower Blocks scrutiny.

6.That overview and scrutiny committees should be given full access to all financial and performance information, and have the right to call witnesses, not just from their local authorities, but from other public bodies and private council contractors. They should be able to follow and investigate the spending of the public pound.

7.That the DCLG works with the Local Government Association and the Centre for Public Scrutiny to identify councils to take part in a pilot scheme where the impact of elected chairs on scrutiny’s effectiveness can be monitored and its merits considered.

Agreed. As long as this doesn't mean things are kicked into long grass.

I have other concerns as well such as how committee members of Scrutiny are appointed in the first place and scrutiny arrangements being subject to political whips. I will be sending this article and links to the Chair of Newham Overview & Scrutiny and ask to meet the Committee to discuss the report and its recommendations.
Posted by John Gray at Sunday, December 31, 2017