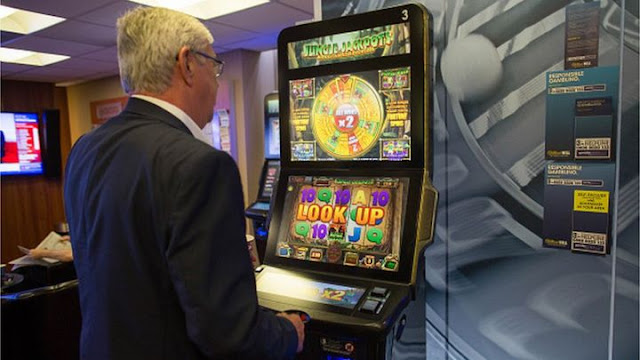 Dear West Ham Labour Party Member
Newham has one of the highest number of betting shops of any London borough with 81 currently in operation, with 12 on one street alone.
Each betting outlet can provide four FOBT machines which offer casino style content including games such as roulette at up to £100 a spin, which can be wagered every 20 seconds.
It is in response to the cap that bookmakers have opened multiple premises in clusters to facilitate more machines as a fixed margin product guarantees bookmakers a return. As a result, FOBTs have become a significant part of their business operations which has led to betting shops proliferating on high streets, but they add little to the local economy, contribute to crime and anti-social behaviour on high streets.
And the bookmakers target people who can’t afford to lose their money on these machines, like too many Newham residents – that’s why there are more than twice as many betting shops in the poorest 55 boroughs compared with the most affluent 115, which are equivalent by population.
That’s why, since 2014, Newham’s Labour Council has been leading the way in calling for the stakes on FOBTs to be reduced to £2, bringing them in line with the limits on gambling machines in other easily accessible locations, such as bingo halls, amusement arcades and adult gaming centres.
In response to years of Newham’s campaigning the Government has now launched a consultation survey which might at lead to these terrible FOBT machine stakes being reduced. But we need to make sure that gambling industry lobby don’t dominate the responses, which is why we would appreciate it if you could take a few minutes to respond to the survey online by clicking this link.
Newham’s anti-FOBT campaign is now supported by Labour nationally, which is something else we can be proud of.
Let’s help make West Ham and all of Newham a better place to live and protect some of the most vulnerable people in our community by ensuring your voice is heard and the campaign to tackle the scourge of FOBTs and betting shop clustering is won!
The consultation survey closes at midday on 23rd January, but we urge to you to take a few minutes to complete it now.
I hope to see you out campaigning or at a social event soon.
Yours as ever,
Lyn Brown
Member of Parliament for West Ham
Posted by John Gray at Monday, December 11, 2017