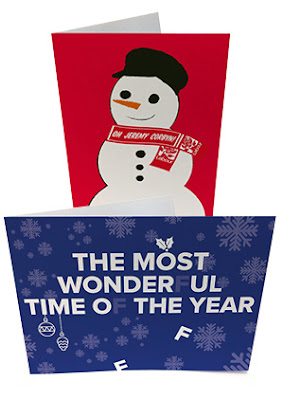 Dear Member
West Ham Labour Party Xmas update
Merry Christmas and a Happy New Year! Looking forward to an early general election and a Labour Government in 2018 with Jeremy Corbyn as our Prime Minister.
As well as the usual campaigning and political events there are also surveys and petitions that you are being asked to participate in and support.
Councillor Candidate’s selection meeting postponed until New Year.
Firstly, apologies to members who had reserved last weekend for the chance to elect candidates to be our Labour Party candidates in the local elections in May 2018. Due to a number of appeals outstanding for applicants who did not pass the initial interview the Regional Labour Party has postponed the selections until the New Year. We will let you know the new date ASAP
“Bookmakers target people who can’t afford to lose their money on these machines”
Our MP Lyn Brown asks you to support her call to curb the blight being caused to our community by Fixed Odds Betting Terminals (FOBT) and take part in the government consultation. Check out further information https://westhamlabour.org/2017/12/11/west-ham-clp-member-fixed-odd-betting-terminal-fobt-consultation-call-for-action/
“In response to years of Newham’s campaigning the Government has now launched a consultation survey which might lead to these terrible FOBT machine stakes being reduced.  But we need to make sure that gambling industry lobby don’t dominate the responses, which is why we would appreciate it if you could take a few minutes to respond to the survey online by clicking this link.
https://www.surveymonkey.co.uk/r/3XGGFP7
Newham Council: More Social Housing in Plaistow Petition
West Ham Ward ask you to support their online petition on a controversial planning application. See stall on 14 December. So please share with all your Newham friends and family: http://chn.ge/2iq4UKb
If you are interested in planning policy then Newham Council is also undergoing a review of its #LocalPlan Proposed Submission is open until the 16th January, so have your say! www.newham.gov.uk/planningconsultations” (warning this is heavy going but important)
West Ham CLP General Committee motion was passed calling on the Metropolitan Police Commissioner: To Suspend police officers under investigation for deaths of Edson da Costa & Rashan Charles. You can read more and sign the petition here: http://chn.ge/2zmfXa9
Zero Tolerance
Also please read the article on our website by our CLP Women’s officer, Seyi Akiwowo, about our zero tolerance of Sexual Harassment in our Partyhttps://westhamlabour.org/2017/11/29/west-ham-clps-zero-tolerance-approach-to-sexual-harassment/
Marked Register data inputting
If you have some time to spare before the New Year then contact our CLP secretary alangriffiths_per@yahoo.co.uk to volunteer to help us input the “Marked Register” data from the General Election into Labour Party records. He will explain if contacted.
Future Dates
Thursday 14th December – 6-7.30pm Street staff on West Ham ward petition for social housing outside Plaistow Station E13 organiser
Thursday 14th December – Newham Compass debate: “What should the Left be doing about Brexit?” at East Ham Working Men’s Club, Boleyn Road E6 1QE at 7.30 pm. Stephen Timms MP & Gordon Murray of the SNP are the speakers. Contact owenseaster@gmail.com for details.
Saturday 16th December – 1030hrs CTS Corner Tarling and Radland Road, E16 Organiser Terry Paul
Saturday 16th December, 11.00am, Stratford International DLR Station. Leafleting in E20. Contact: Clive Troubman,