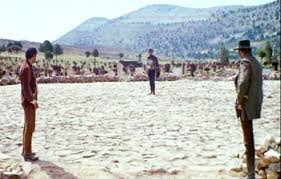 This is a fair and balanced post on Local Housing Companies reposted below and here on Redbrick blog.

While I understand that Councils have to make up somehow the reduction in Central Government grant by making money my concerns are :-

1. Councils are using up their scarce land resources and planning influence to build homes for non residents at market rents

2. "Only around 10% of new LHC supply will be for social rent" This is completely unacceptable.

3. Councils do not have the development experience or resources to design, build, market and manage PRS homes. Those who do not have any partner are putting themselves at risk of a possible financial disaster.

4. LHCs are usually unaccountable, secretive organisations with no meaningful resident involvement nor subject to any open democratic scrutiny.

The Smith Institute has recently published the first in-depth analysis of one of the most significant new developments in the housing sector.

Delivering the renaissance in council-built homes: the rise of local housing companies estimates that around 150 councils have set up local housing companies (LHCs) over the last five years or so and that, on the current trend, over half of English authorities will have one by 2020. The majority of the current LHCs are in London or the South East. The LHC model has been adopted by authorities regardless of political control.

What can we learn from the research about the opportunities that LHCs provide? How can we evaluate the likely impact of LHCs in helping to solve the housing crisis? Why do concerns remain regarding the role of LHCs?

What are local housing companies?

LHCs are intended to act commercially for a social purpose. The primary purpose of most LHCs is to directly develop or acquire new local housing supply - whilst making a return for the local authority. Profit that might otherwise go to developers can instead be captured by the authority and recycled to help maintain core services or reinvested in further housing provision.

For some councils, the LHC is intended to complement new provision via the Housing Revenue Account (HRA). For others, LHC development is a substitute for HRA-funded development. For stock-transfer authorities, without an HRA or a housing team, LHCs are an alternative to reopening an HRA.

There are essentially three forms of LHC – wholly-owned by a single authority (the majority), multi-authority owned (such as the North Essex Garden Communities LHC), or a joint venture (JV) between a council and either a housing association or a private developer (such as the Haringey/Lendlease Development Vehicle (HDV)).

The nature of council investment in LHCs varies, but the following approaches are being adopted:

· Equity investment in the LHC

· Sale or leasing of land

LHCs also offer councils additional New Homes Bonus and council tax. For example, LB Newham expects its LHC (Red Door) – focused on new build for intermediate rent – to deliver an extra £18m council tax (by 2028) plus £17.5m in Community Infrastrucuture (CIL) funding and a direct return once it becomes profitable (within the next 5 to 10 years). Some of the larger LHCs – primarily JV LHCs – have attracted private finance and have established ‘revolving investment’ funds.

Most LHCs are, initially, focusing on developing council-owned land, which might otherwise have been sold to a developer or housing association or developed directly via the HRA. Some are seeking to channel section 106 ‘planning gain’ opportunities, previously offered exclusively to housing associations, to their new LHC.

What new opportunities do these companies provide?

The intention is for LHCs to intervene in local housing markets to compensate for slow or insufficient new supply by developers or housing associations, to undertake specialist provision where this is urgently needed and to disrupt the local private rented sector and in doing so stimulate PRS improvement by offering private lets at higher standards, better terms and greater security.

LHCs are frequently intended to enable authorities to exert a greater stewardship role in place-making. They can undertake new build on smaller sites or in areas currently unattractive to developers and housing associations, with the objective of raising land and property values and making the area more attractive for private investment.

As John Perry of CIH has recently pointed out, “most of the LHCs have been set up since the government reinvigorated the right to buy (RTB), emasculated the HRA and undermined its own self-financing settlement”.

LHC development is attractive because it appears to avoid issues limiting development via the HRA, such as stock loss via RTB, limits on the recyclability of capital receipts from future RTB sales, etc. and controls over borrowing. As LHCs can offer assured shorthold lets, rather than secure tenancies, they enable authorities to offer private rented accommodation at profit.

LHCs are also seen as flexible and dynamic organisations, less constrained by shareholder profit expectations than developers and thus more able to invest counter-cyclically, be flexible over the timing of profit-extraction, ‘flip’ new homes between tenures to meet changes in demand – all whilst acting as a direct instrument of a council’s housing and planning strategy.

What impact might the companies have on solving the housing crisis?

The Smith Institute estimates that, based on current business plans, LHCs could build up to 25,000 new homes by 2022. The scale of ambition varies – RTPI research indicates that some LHCs (notably in rural areas) are planning to provide less than 50 new homes per annum whilst others plan to build more than 1,000 per year within five years.

Provision of 25,000 new homes over five years would be a significant increase on output expected from stock-retaining councils via the HRA. The Smith Institute estimates future council supply at c2,000 homes per year (using DCLG construction statistics) but CIH and the UK Housing Review estimate future provision at c3,000 homes per year (using the more reliable DCLG affordable housing statistics).

However, the real extent of net additional supply is more difficult to determine. Where an LHC develops on HRA land or uses HRA resources or acquires property via section 106, then the new LHC homes will not necessarily be ‘additional supply’ to what, for example, housing association partners might otherwise have delivered.

The area where the ‘additionality’ of LHC provision is least contestable is where it focuses on the PRS. For example, LB Newham set up Red Door Ventures to build 3,158 new PRS homes over the next six years (mainly on council-owned land).

If LHCs can increase PRS provision and change the culture of the local PRS market – by offering higher standards of management and maintenance plus improved security of tenure – this may (in my view) be their most significant legacy.

What ongoing concerns arise from the research?

The Smith Institute takes an overwhelmingly positive approach to LHCs. This is understandable, as the research suggests that LHCs offer councils a ‘triple dividend’ in the form of much-needed extra housing, greater impact in place-making and a financial return to the council.

In any terms, this is an impressive manifesto for LHCs and the sponsoring authorities should be congratulated for their initiative, pragmatism and vision. However, concerns remain about the practical application of the LHC model. Some of these are referred to in the report – others reflect concerns expressed more widely.

The fact that many of the LHCs are in London and the South East reflects the underlying business model of most LHCs – recycling receipts from market sale or revenue from intermediate or market rents – to cross-subsidise ‘affordable’ housing provision. In this sense, LHCs operate exactly like housing associations.

Following this model may boost overall new supply, but Smith Institute research suggests that whilst 30-40% of LHC homes are likely to be ‘affordable’, only around 10% (i.e. between 25% and 33% of the ‘affordable provision’) will be for social rent. Given the cross-subsidy model, it is difficult to see how a higher proportion of social rent can be provided by LHCs.

In its recent report, Building Bridges, CIH estimated that if the housing crisis is to be tackled in a balanced way, around 33% of new supply needs to be at a social rent. Current LHC projections fall well short of that target.

· Where is the next generation of social rented housing going to be built?

John Perry of CIH has expressed concern that if LHCs do no or very little social rent they may use up council land that might have produced 100% social rent if it had been developed through the HRA. He also points out that by building outside the HRA (where one exists), LHCs are denied the ability to pool rents, thus limiting their ability to dampen rents for new homes.

As most of the LHCs are still in ‘start-up’ mode, their directors tend to be council officers, often reporting directly to the council chief executive. Some LHCs have also appointed local politicians as directors, but this has been limited by concerns over future conflicts of interest in respect of planning permission.

Whereas ALMOs – an earlier variant of LHC – adopted a transparent approach to governance, involving resident and independent board members, most LHCs have yet to address the issue of accountability.

Reading the Smith Institute research, it appears that only a few LHCs have community representatives on their boards or a formal detailed strategy for community engagement. And, as the Haringey HDV controversy demonstrates, LHCs which are not publicly accountable risk the loss of public and political support.

· What is the risk of government controls over LHCs?

LHC business plans are vulnerable to the risk that the government interferes in the regulatory framework. Senior figures in local government have told me that that there is less concern that the government will insist that LHCs apply the RTB and greater possibility that, if any LHCs fail, controls will be imposed to limit borrowing or to place limits on what wholly-owned LHCs – as distinct from joint-venture LHCs – can do.

· Will LHCs have the capacity to build at scale?

Most of the LHCs are in ‘start-up’ phase, managed directly by council staff with the assistance of consultants. Most have yet to recruit managers with direct development experience and these skills (particularly in the LHC heartland of London and the South East) are expensive and in short supply.

The risk is that authorities and their LHCs lack the commercial and technical skills to develop at scale and at pace and/or that LHCs fail commercially – for example sales receipts or rental surplus are insufficient to repay their borrowing.

Privately, senior figures in local government concede that this skills deficit is the biggest risk to LHC effectiveness and that only a proportion will be able to build at scale. One of the key recommendations in the Smith Institute’s well-balanced report is that a centre of excellence is established to support the development of LHCs – perhaps managed by the LGA.

There is much to commend in the pragmatism and ambition of those authorities setting up LHCs. They have the potential to transform areas of low demand, secure a better mix of housing tenures and products and improve standards and security in the private rented sector.

However, under the current cross-subsidy model, LHCs can only provide limited assistance to people in the greatest housing need.

This means that solving the housing crisis still requires a major social rent contribution by housing associations – underpinned by increased levels of grant.

Equally, the government (or more likely a future Labour government) needs to relax its controls over the HRA to enable stock-retained authorities to harness the remaining HRA asset base to provide social rented housing, and to reduce RTB discounts and allow councils to retain 100% of RTB capital receipts.

A future Labour government would, of course, be wise to follow the lead of the Scottish and Welsh administrations and abolish RTB entirely".
Posted by John Gray at Tuesday, December 19, 2017