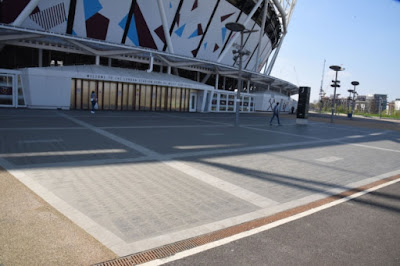 "Councillors have criticised the loss of more than £52 million as a result of the London Stadium’s ownership being transferred to the Mayor of London.

The decision for Newham Council to relinquish its role in the E20 company was made following an independent review by Moore Stephens into the stadium’s finances, commissioned by Sadiq Khan.
As part of the deal, the council accepted that the original investment of £40 million into the stadium business, plus a further £12.2m in working capital, will not be repaid.
In return for handing over control, it will receive what has been termed as “community and regeneration benefits” for the next 100 years, including free tickets to residents.
Concerns had been raised in September, when the loan was “impaired” by the council’s investment and accounts committee - meaning the loan cannot currently be paid back due to the poor financial performance of the stadium. At the time, the council had denied it had been “written off”.
Newham Legacy Investments Limited, a subsidiary company wholly-owned by the local authority, owed £44.4m after declaring a loss of £41.6m from 2015 to 2016, and a £2.5m loss from 2016 to 2017.
But worries over the investment go back to before the Olympics had even taken place.
The Recorder has learnt that about a third of councillors present at a 2011 meeting raised concerns about the £40m loan.
Minutes from an extraordinary meeting of council, which took place in January of that year as a private session, record that 49 councillors voted for the loan to be approved, with none against and no abstentions. The remaining councillors were listed as being absent or not present - some of whom were ineligible to vote due to a conflict of interest.
Cllr Rokhsana Fiaz, who had not been elected when the 2011 vote took place, said: “I think it raises some serious questions about governance.
“Free tickets and community events for 100 years is not a substitute for the £52m we invested which we won’t get back.
“A huge amount of money desperately needed for Newham residents now in light of financial challenges the council currently faces.
“As a chair of scrutiny in Newham, I have called for an urgent inquiry about what went wrong with the council’s own governance arrangements to mitigate risks in the joint venture with the LLDC as clearly the council dropped the ball on this one.”
Cllr Conor McAuley, who branded the stadium a “money pit”, was a member of the Olympic Delivery Authority Planning Committee, so was not allowed to participate in the 2011 vote due to a conflict of interest.
“For Sir Robin (Mayor of Newham) to blame it all on Boris Johnson (former Mayor of London) is outrageous,” he said. “It takes two people to do a deal.”
He questioned why Sir Robin was not consulted as part of the Moore Stephens report and criticised the audit committee’s decision to impair the loan, saying: “We all knew that money was never coming back. What we didn’t know was that it wasn’t £44m, it was £52m.”
Cllr Julianne Marriott added: “I raised concerns about £44m being ‘impaired’ at the council’s audit committee two months ago.
“After being assured our loan was not being written off, I was not impressed to find out that is exactly what has happened.”
Newham Council has been contacted for comment".
Hat tip Newham Recorder.
I would add as a Councillor who voted against the Newham Council Accounts 2015/2016 because of my concerns about the stadium deal that this is a disaster for Newham. I believe it is more than £52,000,000. There is another £4 million interest charge and £5 million spent on the South Park.

We must find out why we have squandered millions of pounds and hold those responsible to account.

In the meanwhile we must put on hold any future so called investments in Red Doors Venture and Commercial property until we get proper financial governance arrangements in place. JG
Posted by John Gray at Friday, December 01, 2017