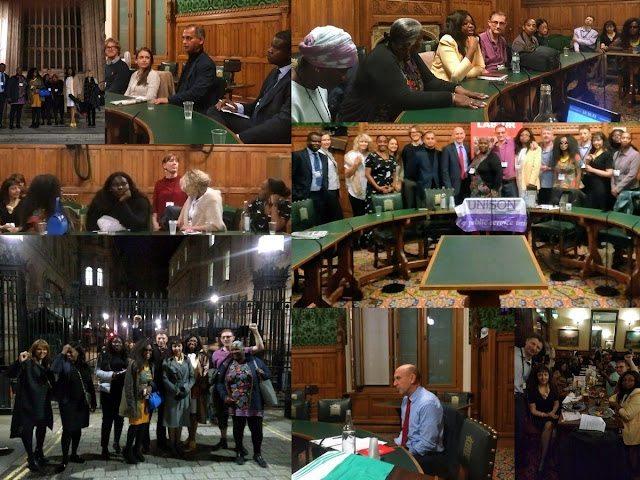 Many thanks to John Healey, Labour Member of Parliament for Wentworth and Dearne in South Yorkshire and Shadow Secretary of State for Housing and Planning, for being our keynote speaker at the event, which took place in the House of Commons.

It was touch and go whether John was able to attend since there was an Opposition debate on Supported Housing at the same time.  Thankfully he was able to attend and gave us an excellent insight into Labour plans for housing and answered a wide range of questions from members present.

UNISON Labour Link members (who have chosen to affiliate to the Labour Party) from all over London and many different Housing Associations were present. Including members who had never been to any trade union meeting before.

Check out the superb Labour Party Housing Party manifesto ("New Deal for Housing") that John and Jeremy launched in June. If only we had won...

John has spoken at our AGM in the past as a Labour Minister in 2010 and we look forward to him addressing a future AGM as a Labour Government Secretary of State some time very soon!

Many thanks to John's staff & UNISON London region for helping to organise this event.

We also had former Greater London Assembly (and our branch) member, Murad Qureshi, who gave a critique of the Mayor, Sadiq Khan's housing plans. While our branch Local Organiser, Mary Stump, (who is also a former activist in our Branch before joining UNISON) gave us an update on the "mega mergers" of Housing Associations that is currently going on.

I gave my report as branch Labour Link officer and called on members present to make sure that they play their part in the election of a future Labour Government by getting out there and campaigning.

After the meeting some of us we retired to a well known chain bar/restaurant in Whitehall to enjoy a meal and drink courtesy of Regional Labour link. On route we stopped off outside the gates of Downing Street to pay our respects  (see bottom left picture).

(apologies this post is rather late but I had a technical problems with the photographs which I have only recently resolved)
Posted by John Gray at Saturday, December 09, 2017