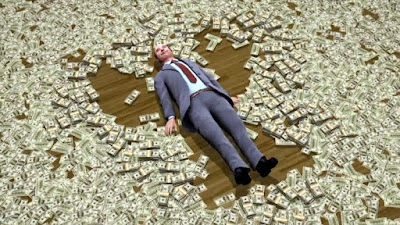 On Thursday 14 December I was at the meeting of the Newham Council Investment & Accounts meeting.

I had a chance to question the Newham Council Finance Director on matters arising from the joint audit meeting on the 27 September 2017.

At that time we knew that the £40 million loan (& £4.4 million interest payment due) was "impaired" (no value) and that an unknown amount of other money ("working capital") was also at risk of being "impaired".

Since then of course the Council has admitted to losing some £52 million of money (original loan and working capital) in the stadium. Apparently we will still have some legacy regeneration benefits for the next "100 years".

However, leaving aside for the moment that the stadium does not have a shelf life of 100 years, I understand that West Ham FC nor any other user have no contractual obligations to do anything for the community but no doubt they will offer some charitable benefits that they see fit to provide. Plus, there was always going to be possible benefits from the redevelopment but this could have happened anyway without us risking our money.

I asked the Finance director for an update on the "impairment" shown in the accounts (which means that the £40 million loan had currently no value) and was told that the loan was not being "written off" but instead converted into some form of "Debt for Equity" swap? Whatever that means? I assume that the £40 million loan which I think is currently valued as being Zero is being converted into a shares into what must be a bankrupt company? Need more information.

I will ask further questions about the lost £4.4 million interest charge, the £5 million loan for investments in the Olympic South Park and the £12 million of "working capital" (I think) that has also be "lost".

Mentioned in the Council accounts and during the joint audit meeting I had brought up the reference to a possible significant criminal fraud in Newham Council procurement, which I must also chase for an update. What has happened? Are internal audit involved and have the Police been informed if there is evidence of criminality?