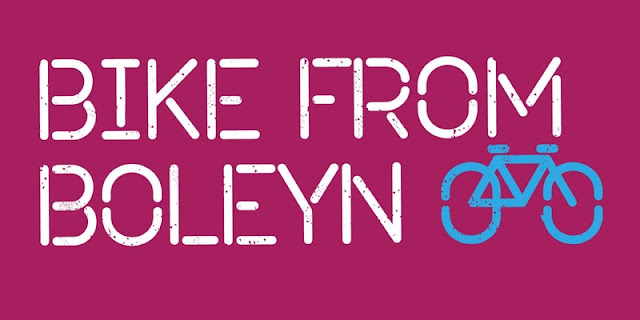 At the West Ham Labour Branch meeting this evening, Boleyn Councillor, Veronica Oakeshott encouraged everyone to participate in this event.


"After a hugely successful inaugral ride, we're delighted to say that Bike from Boleyn is back! Dress up in claret and blue and join us for this free bike ride on Saturday 22nd April to celebrate the special link between Boleyn and West Ham United FC.
Cycling from the Bobby Moore statue to the club's new stadium in the Queen Elizabeth Olympic Park, you'll be part of a mass ride, on a mainly off-road route, along the historic Greenway. It will be supported by trained marshals, with huge thanks to Newham Cyclists.
This ride is open to anyone who can ride a bike, or are little enough to enjoy the ride from a child seat on a bike! Children must be accompanied by a responsible adult.
Enter our competition to win a free pair of match tickets on 22nd April - West Ham vs Everton - when you sign up!
Bike a bit creaky? Give it some free TLC, by bringing it down to Dr Bike who will be at the Bobby Moore statue from 11.00am onwards before the ride. Dr Bike will have it purring in no time.
Cyclists will need to be at the statue for 12:15pm for the pre-ride briefing.
REGISTER NOW TO TAKE PART!
NOTE: In the interests of safety of the whole group, Bike from Boleyn reserves the right to exclude anyone who appears to be under the influence of alcohol from the ride. By registering you are agreeing to act responsibly in this regard
click https://www.eventbrite.co.uk/e/bike-from-boleyn-tickets-32831070616