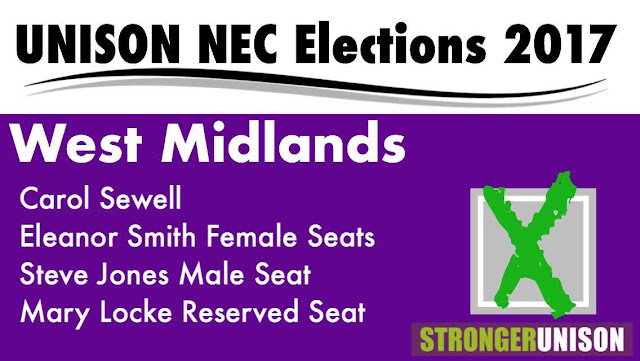 If you are a UNISON member in our West Midlands region please vote for Carol, Eleanor, Steve and Mary.  You can also vote for all the National seats below and for your own Service Group representatives.


NATIONAL  (vote for all)