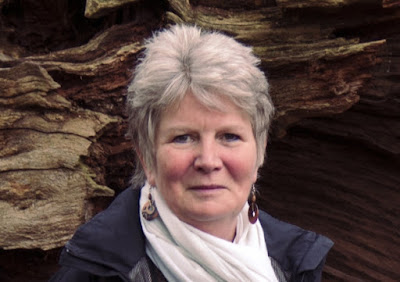 Newham Recorder "A second councillor has said she will stand as Labour’s 2018 Newham mayoral candidate if there is an open selection process for election.

Cllr Kay Scoresby, of Canning Town North ward, said she believed “it is about time we have a woman” [as Newham Mayor] and said she had been encouraged to stand by both Labour and non-Labour members in the Newham community.


Her announcement comes ahead of four key votes tonight in the borough to decide whether or not Sir Robin Wales is automatically re-selected as Labour’s next mayoral candidate in an affirmative nomination process known as a trigger ballot.
Speaking exclusively to the Recorder, Cllr Scoresby said: “If people vote no – and I sincerely hope they do – then they will have an open process where Sir Robin can join in. At the moment it is a one-horse race.
“My style [of leadership] would be very collaborative. One of the first things I would do is to have a big conversation with all of our stakeholders.
She added: “We have some fantastic charities in the borough that have been overlooked in the work that they do.”
Cllr Scorebsy advocated “proactive” working with health officials, schools and community group and said she wanted to restore the early years provision that was based on council-run, registered children’s centres before it was cancelled last September.
She said that if elected, she would also speak to the Mayor of London, Sadiq Khan, about tackling the borough’s housing crisis at the “planning and development stage”.
“50 per cent of the land is used by the council. We should be looking at how we utilise that with people,” she said.
The teacher and married mum-of-three, who has been a councillor for more than 10 years, made her announcement earlier today. It follows on from Cllr John Whitworth’s declaration to run less than three weeks ago.
He said: “I welcome Cllr Scoresby’s entry into the contest as I believe the trigger ballot process should result in Labour Party members being given a choice for their candidate for mayor.
“I hope her standing will encourage other Labour members to also put themselves and their vision for Newham forward.”
A spokesperson for Sir Robin Wales was approached for a reply but declined to comment.
The wards set to vote later are Boleyn, Canning Town North, East Ham Central and Plaistow South.
In Tuesday’s trigger ballot vote in West Ham ward, 20 members voted “no” and eight voted “yes”. Green Street East is expected to take place on Sunday although this is yet to be confirmed.
At present the “yes” votes still lead with nine wards in favour of keeping Sir Robin as the selected Labour candidate for Mayor of Newham, with six wards voting “no” and one affiliated organisation, the Newham Co-op Party, also voting “no”.
A further 11 affiliated organisations are also in the process of voting and have yet to declare.
Posted by John Gray at Thursday, December 01, 2016