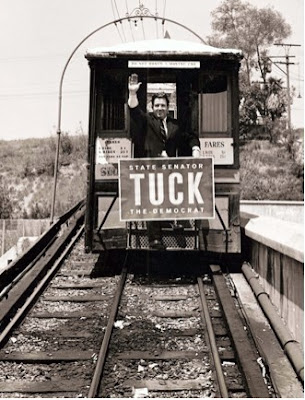 Check out the latest from Newham Recorder following the vote last night in 4 Labour Party branches for an open selection process for the next Mayor.

The current mayor has now (in the speeches of his supporters at selection meetings) "lost the confidence" of a majority of Newham Labour Party branches and members.

One of the wards voted against him 36 to 3 in favour of an open selection!

An overwhelming majority of Labour Party members have also voted for change. "The people have spoken".

The only way for the current Mayor to regain a mandate is by an open selection process.


Latest Newham trigger ballots swing results in favour of open selection process
The number of Labour wards in favour of an open selection process for the 2018 Newham mayoral race have taken the lead.
Four wards – Boleyn, Canning Town North, East Ham Central and Plaistow South – voted “no” in last night’s trigger ballots, meaning the “no” results now tally 10 while those who voted “yes” stand at nine.
This means that the majority of wards want to see several candidates put forward as Labour’s choice in the Mayor of Newham 2018 election rather than Sir Robin Wales being automatically reselected.
Green Street East, the remaining Labour ward which was due to vote on Sunday, will not be allowed to take part following a dispute over its registration process, the Recorder has been told.
A further 11 affiliated organisations, the majority of whom have already voted, have yet to declare their position which may affect the outcome of the result.
Newham Co-op Party voted “No” with the final result being Yes: 36 to No: 37
However a spokesperson for Trigger Democracy has “called upon Sir Robin Wales to announce his support for an open selection”.
They said: “It is clear following the four No votes last night that the mayor does not have a mandate from members to serve a fifth term.
“He would only get that if he won an open and democratic selection including other candidates.
“A decisive majority of wards and Labour memebrs, young and old, black, white and Asian, those from the left and those from the right of the party, new members and those who joined before Newham was even created, have clearly voted for choice and democracy.
“If Robin Wales is deemed to have been reselected on a technicality and refuses to take part in an open selection he will have lost the confidence of his local party members.”
Last night’s ward results were as follows: Boleyn: Yes 3, No 36; Canning Town North: Yes 17, No 21; East Ham Central: Yes 29, No 31; Plaistow South: Yes 12, No 19.
The voting process ends this weekend and a final result is expected on Monday".
Posted by John Gray at Friday, December 02, 2016