"Members fight back against derecognition threat" 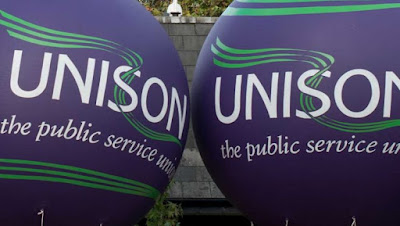 "Union members at a new housing group – one of the largest in Europe – could be asked whether they are prepared to take industrial action over derecognition threats.

The new Clarion and Latimer Housing Group was formed this week from the merger of Circle Housing and Affinity Sutton and is threatening to withdraw recognition from UNISON, Unite and the GMB.

Latest available figures for the two housing associations who merged to form it show a combined turnover of £826m, a pre-tax surplus of £233m and an estimated £20bn in assets.

UNISON NEC member and Circle convenor John Gray said that “unions have had a long and productive relationship with management at Circle and we have been given no reason why this should now come to an end.”

But he pointed out that plans to end recognition would mean “that we lose our ability to negotiate over pay, terms and conditions, and the restructures which will inevitably follow a merger.”

UNISON organiser and Clarion joint union secretary Barney Wakefield said all three unions would use their political influence with local authorities to build support for the campaign against derecognition.

“There are so many housing associations who value trade unions and respect workers’ rights,” he said. “We will be calling on councils to withdraw co-operation from Clarion on new projects until union recognition is secured.”

The campaign was backed by UNISON’s community service group executive this week, representing some 60,000 members working for housing associations and charities".