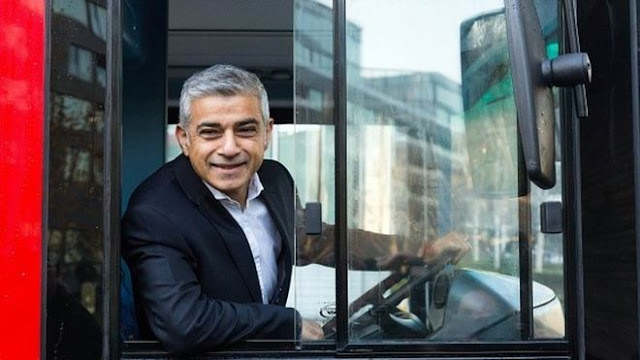 Great news from BBC for bus drivers and their families. Well done Sadiq our Labour Mayor.

We will be contacting him next about defending staff from Union busters in London Housing Associations.

"London mayor Sadiq Khan has announced the capital's 25,000 bus drivers will receive a new minimum starting salary of £23,000 a year.

The starting salary will apply to all Transport for London (TfL) contracts awarded to bus companies from next April.

Drivers will also now be able to move between bus companies without having to take a pay cut.

For years the amount a bus driver could be paid depended on the bus company they worked for and the route of the bus they drove.

But not every bus driver paid less than £23,000 will see an immediate improvement in their wages. The changes will come into effect when contracts are awarded and only about 20% of London's bus route deals are due for renewal in 2017.

Eleven bus companies are currently active in the capital.
Posted by John Gray at Thursday, December 22, 2016