"If you think terrorism is the biggest threat to the West, you need to watch this video 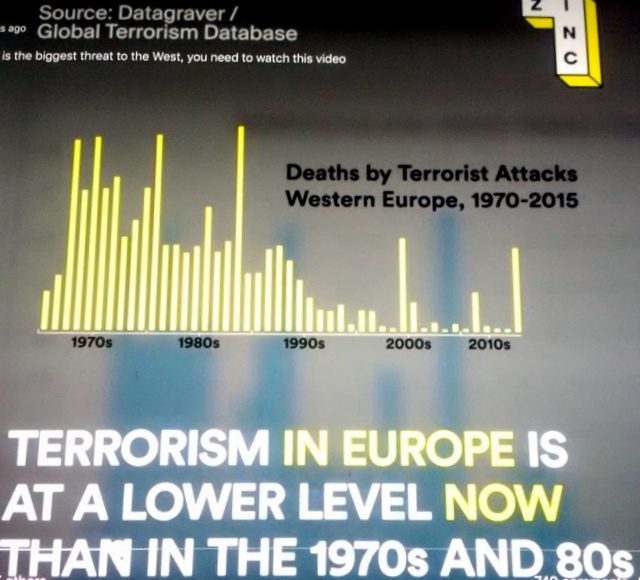 While not pretending that there is not a significant risk let us examine facts not emotion.

- Such as far more people were murdered by terrorism in my youth than now?

- Such as 24 Americans were murdered by terrorists between 2005 and 2015 but there was over 300,000 Americans killed by guns during the same period.

- ISIS and the Far Right have the same aim to panic and divide us.  They are all fascists.