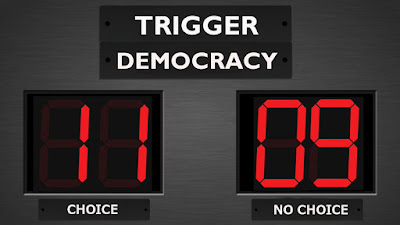 This afternoon the last Newham Labour Party branch, Green Street East held its trigger ballot meeting and voted 32 to 5 for an open selection process for the next Newham Labour Mayoral candidate.

This means that a majority of Labour Party branches in Newham agree with an open selection and if you count the numbers in each branch an overwhelming number of individual Newham Labour Party members have also voted for an open contest.

In the two selection meetings I have attended (Forest Gate North and Co-op Party) supporters of the current Mayor have argued that this affirmation process was actually a "vote of no confidence" in him by Party members. He has since lost 11 out of 9 branches.

Tonight the West Ham Labour Party Women's Forum also held its trigger meeting and in the biggest meeting held in the current contest they voted decisively for an open selection as well by 46 No votes to 36 Yes.

I hope that since an overwhelming majority of branches and Labour Party members want this to happen it will happen. But..watch this space :)