Employment Tribunal Fees Review: "You are fired because I can - and if you are by yourself there is little or nothing you can do about it" 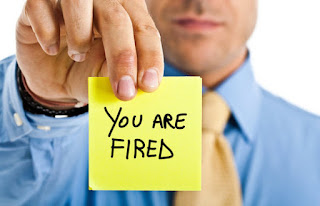 Checkout this report by employment law expert Daniel Barnett.  Workers should not fool themselves that the law protects them at work.

Despite our faults, trade unions are the only real defenders of your rights at work. To get any chance of justice at work in this country you either have to be rich... or a trade union member.

The last Tory Government introduced upfront fees for seeking fairness at work. In most cases £250 for simply making a claim and then a staggering £950 for the hearing. £1200 in total!

Never mind the cost of paying for your solicitors or any other fees. No wonder there are so few actual claims now despite many of them thought to be potentially with merit and therefore winnable. Rogue bosses up and down the country are rubbing their hands with glee.

"The House of Common Justice Committee has published its review into Court and Tribunal Fees.  Note this is not the government review which was completed in 2015 but has not been published, about which the report is deeply critical at paras 58 and 59.

These are the key findings of the report:-

• the government's assertion that the drop is largely attributable to the success of Acas Early Conciliation is "even on the most favourable construction, superficial" (para 69)

• the level of fees should be a "substantially reduced" (para 79)

• the remission system should be overhauled, with only one application needed (to cover both issue and hearing fees)

The report also recommends special consideration - and a review of the three month time limit - in pregnancy discrimination cases (para 79).

This report is embarrassing for the government, but has little political impact (especially as the timing of the report, three days before the Brexit vote, means it will receive very little press attention)".