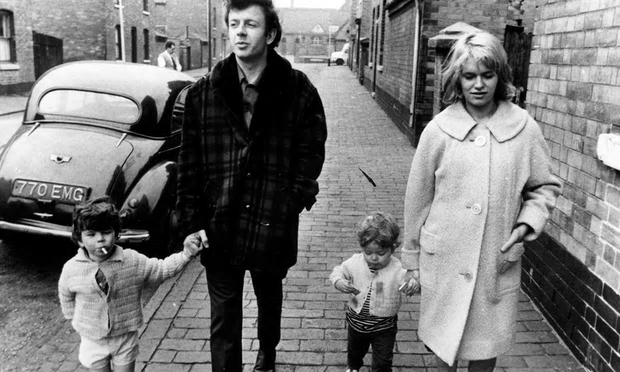 "In 1966 the powerful Cathy Come Home shone a light on the desperate housing problems gripping Britain at the time. When the programme first aired, the extent of the crisis shocked the nation – 3 million people were living in slums or stuck in a brutal private renting market. It was a far cry from the popular notion of the swinging 60s.

The film generated massive public support for Shelter, which was established only a few weeks later. We’ve been working tirelessly to make life better for those struggling with bad housing and homelessness ever since.

But while, thankfully, the slums have faded into memory, the sad truth is that this country is once again at the mercy of a housing crisis – and a new generation of Cathys have nowhere to call home.

Brian Robson
Urgent action is needed to empower local authorities to drive up the standards of privately owned homes
Read more
On this, the film’s 50th anniversary, homelessness is on the rise again. Every day at Shelter our advisers support families across the country who have lost the battle to stay in their homes. We see the heartbreaking toll that bad housing takes on people’s health and wellbeing, and the way it breaks up families and communities.

This is the tragic result of decades of failure by successive governments to tackle the root causes of this crisis and build the genuinely affordable homes we so desperately need. From people forced to live in unstable, unsuitable and often unsafe private rented homes, to the thousands of families stuck in temporary accommodation, right though to a generation of young people who have lost hope of ever getting on to the property ladder.

Everyone deserves the chance to have a stable home where they can put down roots and build a life for themselves, but today’s sky-high housing costs mean this is nothing more than a distant dream for many. And with millions living on a financial knife-edge, it doesn’t take much, such as an illness or a reduction in working hours, to tip a family into the downward spiral towards homelessness.

Bob Kerslake
The report by the House of Lords economic affairs committee should be required reading for the incoming housing minister, Gavin Barwell
Read more
But if our history tells us anything, it’s that together we can make a difference. The new government has a chance to turn things around, by committing to building homes that people on ordinary incomes can afford to rent or buy, and strengthening the welfare safety net that is there to catch those who fall on hard times.

Shelter will continue to fight for everyone to have a safe, secure and affordable place to call home and will be there to support those who have lost the battle to keep a roof over their heads, for as long as we are needed. But ultimately, I hope we won’t still be here in another 50 years.

For the sake of future generations we cannot make this someone else’s problem. Together, we all face the consequences when thousands of families and children grow up in homes that are simply not good enough. And together, we can fix it.