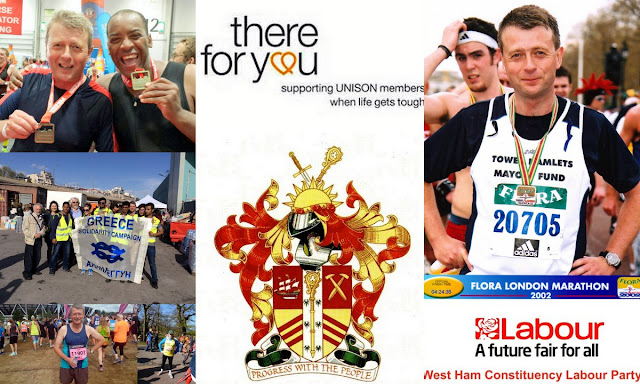 I have finally got my act together and am planning to complete an Olympic distance Triathlon with fellow West Ham Labour Councillor, Terry Paul, in Newham on Sunday 18 September 2016. We will invite all other Newham Councillors (and anyone else) to take part.

We are self organising this Triathlon and aim to swim 1k at the Aquatic Centre in the Queen Elizabeth Park in Stratford then Cycle 40k up and down in Newham then return to the Olympic Park and complete a 10k run.

I will be raising funds for the UNISON charity "there for you" and the "Greece Solidary Campaign".