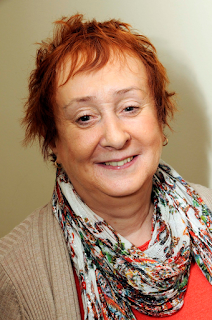 This morning I woke to and checked the web to find out that top UNISON NEC member and NHS worker, Mary Locke, had been elected as a Labour Councillor for Bournville ward on Birmingham Council.

It was a tough fight since 2 out of the existing 3 ward Councillors are Tory. She beat the Tories by over 300 votes. I went a couple of times to help Mary out with other UNISON activists.

Congratulations to the Bournville Labour team as well, who were organised, friendly and supportive of volunteers who came to help.

"Thank you for electing me as your local councillor

"After a long night at the beautiful Stirchley Baths for the election count, I’m feeling tired but very happy this morning. I’m proud to say my fellow residents of Bournville, Cotteridge and Stirchley have elected me to be their new local councillor!
Thank you for placing your faith in me. As your local councillor I promise to be a strong, local and honest voice for people in all parts of our ward, whether you live in Bournville, Cotteridge or my home neighbourhood of Stirchley.
You can see the full results over on the  Birmingham Newsroom website.

I like to keep in touch with people. Over the course of my campaign I have spoken with thousands of people in all parts of the ward. It is by listening to local people and understanding their concerns that I identified my priorities:


Standing up for local people and our city

Being your councillor is a tough job at the best of times and I do not take my new responsibilities  lightly.

With a Tory government in Westminster, our city has already been harder hit than better off parts of the country. Now, our emergency services and city are on the brink as Birmingham is being forced to make another £98 million in cuts over the next two years.

As your local councillor, I will support Labour’s No More #BrumCuts campaign to secure a fair deal for Birmingham. This will allow us to protect more of the public services we rely on everyday from central government cuts.

Thank you again for voting for me to be your councillor. I look forward to serving you".
Posted by John Gray at Friday, May 06, 2016