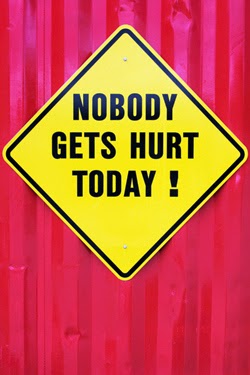 Hat tip TUC Risks. We need to stop our Government (and employers) ignoring international law and make them take responsibility for the safety of their workers.  UK Employees who work for anti-trade union employers such as Ealing based Catalyst Housing Association are in an even worse place, since if you work for an employer who refuses to recognise a trade union you don't have State or Safety rep workplace protection either.

"The UK government is breaking international rules requiring safety inspections of all workplaces, an International Labour Organisation (ILO) ruling indicates. In November, ILO issued is findings on a complaint by Dutch unions about their government’s failure to comply with a number of ILO conventions.

The unions believed cutbacks and reorganisation meant an effective inspectorate and related medical service no longer existed. Like the Netherlands, the UK has ratified and is required to abide by the ILO’s Labour Inspections convention. This states: “Workplaces shall be inspected as often and as thoroughly as is necessary to ensure the effective application of the relevant legal provisions”.

Other parts of the convention lay down requirements for inspectors’ independence, training, access to advice, and provision of local offices. The ILO ruled the Dutch government was breaching the convention’s requirements because of its failings on the number and frequency of inspections, the support provided for inspectors and the system for notification of occupational diseases. The ILO also stressed the importance of unannounced inspections, noting the provisions applied to “all workplaces, particularly in enterprises that are not considered to be in high-risk sectors and in small enterprises.”

According to TUC head of safety Hugh Robertson, the majority of UK workplaces are exempt from unannounced inspections and the Health and Safety Executive’s medical service has been decimated. He concluded “many of the arguments used by the Dutch trade unionists apply equally or even more so in the UK, where the Coalition government has slashed inspections, while at the same time reducing the number of HSE offices and level of support available. The Dutch government has been told to put their house in order. We will be asking the UK government to do the same.”