A walk to Deganwy Castle and our common history of savagery 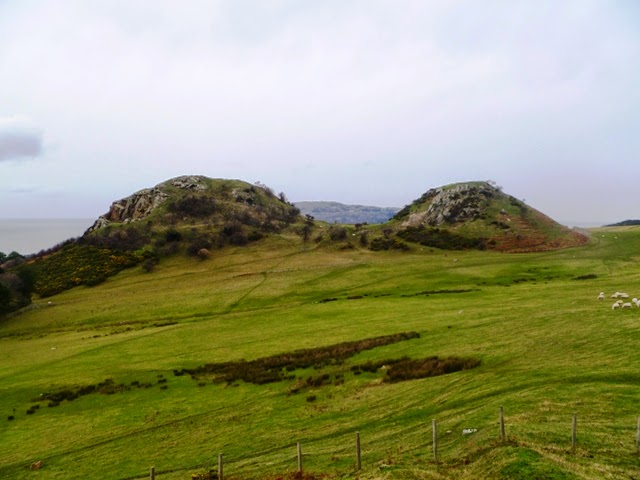 This morning I went for a Boxing Day walk from Conwy to Deganwy Castle. Trying to work off some of the xmas excess and build an appetite for this evenings traditional cold meats, pickles and baked potatoes.

I haven't been to the remains of Deganwy Castle before but was intrigued by this information board (below) on Conwy town walls.  To the left is what the site looks like now and below what it looked like before it was destroyed for a final time by the Welsh in 1263. 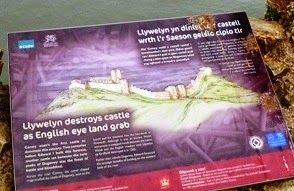 I started the walk at Conwy Quay then across the bridge and alongside the estuary until Deganwy village (passing the retirement home of the 5th officer of the Titanic). Crossed the railway line and then headed up hill until I come across a public footpath sign. Its fairly obvious which way to go. Just keep going up.

Little remains of the actual fortification but the bracing views from the top of both hills are superb. The site is also very evocative. Before its final destruction it had been a settlement and military base for around 1,000 years and been fiercely fought over many times. It had been destroyed and rebuilt on several occasions.

An account of a war between the Welsh and invading English from 1254 mentions the savage fighting that took place. The decapitated heads of the Welsh were kept at the castle as trophies. While the Welsh as a reprisal tore apart the bodies of their English prisoners and threw their limbs into the Conwy Estuary. Below the castle is a field called Maesdu (Black Meadow). Accounts differ but there was a massacre of either Vikings or English which left so many dead that the field appeared black with blood and corpses. Stories like this remind me that we should not be too smug in the UK about the modern day barbarity in Syria and Iraq.

Walked back to Conwy in light rain and wind. Check out an excellent audio tour of the site here and this Youtube video
Posted by John Gray at Friday, December 26, 2014