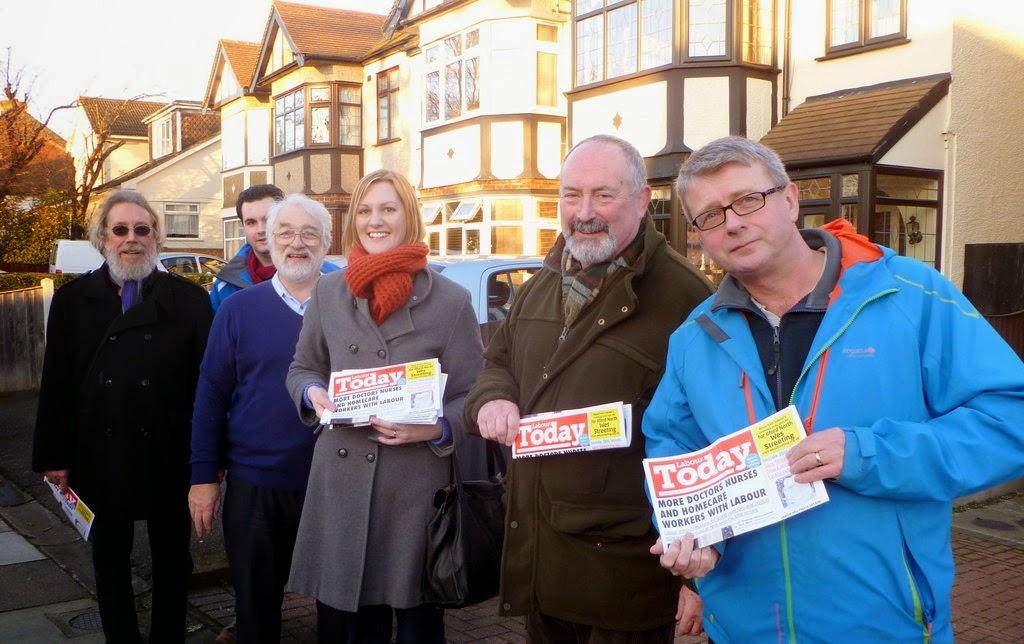 In the newsletter there is a picture of Wes from 2010 when he was President of the National Union of Students with the current Tory MP for Ilford North, Lee Scott. It showed Lee has pledged to vote against any increase in tuition fees for students in the next Parliament.

Yet when he was re-elected Lee refused to vote against it and just didn't turn up for the debate. As a result students are now paying £9,000 per year.

By coincidence Wes is now standing against Lee Scott. Wes says "If MPs like Lee Scott kept their promises, students wouldn't be saddled with record levels of debt. This is one of the reasons why people don't trust politicians anymore".

The weather was dry, sunny but cold. We were kept warm walking up and delivering to both sides of  Tomswood Hill and side streets.

West Ham CLP has been twinned with Ilford North for the General Election. UNISON London Labour Link has also been tasked with helping the local party.

To get rid of Cameron and form a Labour government we have to win our marginal seats.
Posted by John Gray at Saturday, December 13, 2014