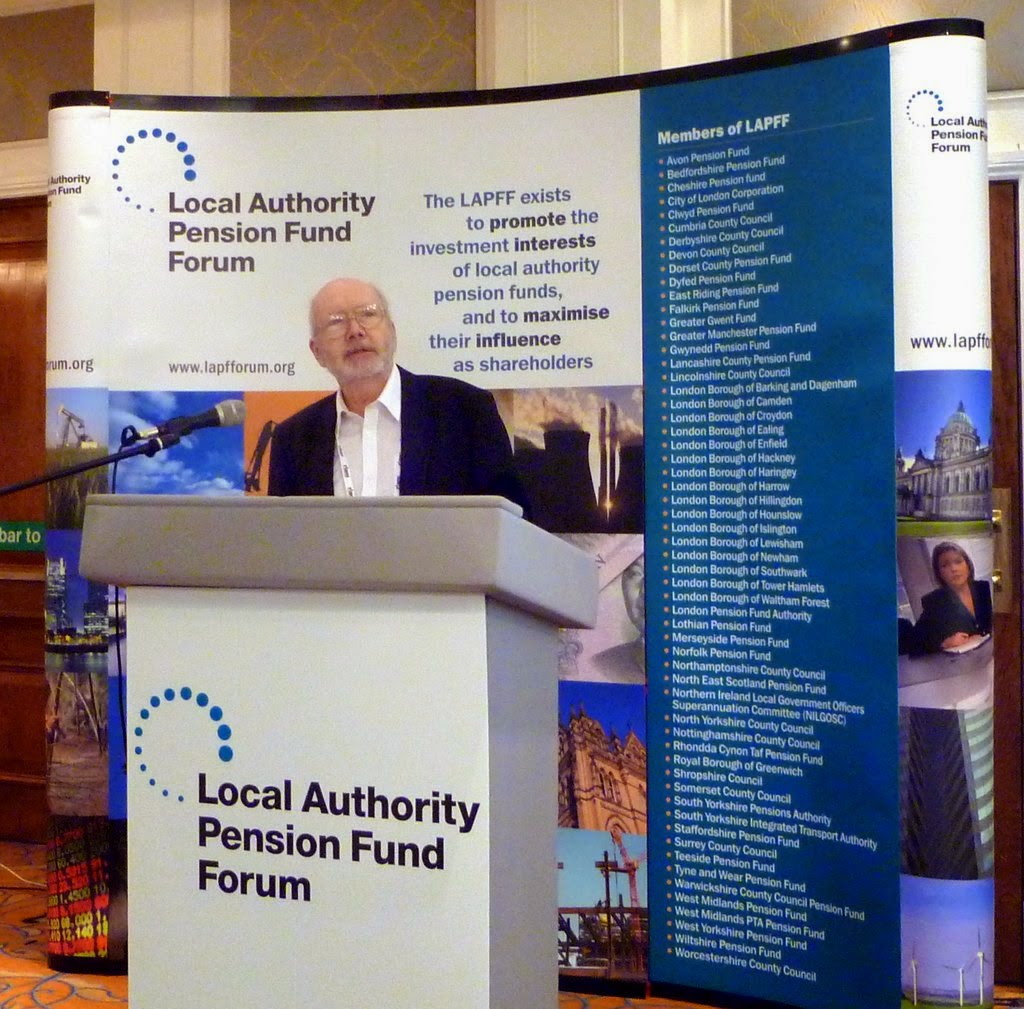 I was saddened to hear yesterday of the sudden death of Camden Councillor, Peter Brayshaw. Peter was Chair of Camden Pension Fund and a keen member of the Local Authority Pension Fund Forum (LAPFF). I had spoken to him only a few  weeks ago at this years LAPFF Conference.

The picture is from last year's LAPFF conference when Peter made a marvelous tribute regarding the life and times of Nelson Mandela and the role that UK Councils had played in bringing about the end of Apartheid. Peter had been a lifelong supporter of the liberation of Southern Africa and was currently vice chair of ACTSA.

In fact as a young student he spent 3 weeks in Brixton prison on remand for protesting against the white supremacist government in Rhodesia.

Check out tributes in local newspaper, Anti Apartheid and ACTSA.