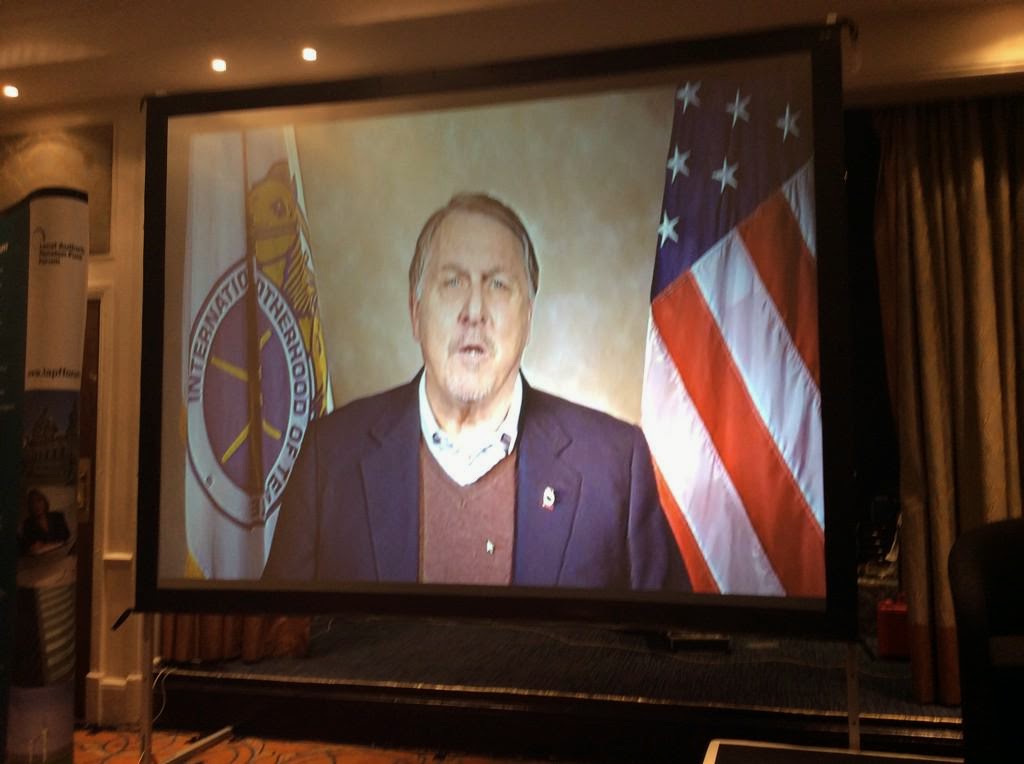 The President of the USA Teamsters Union, James Hoffa, sent a video message to the LAPFF conference to thank them for our support in their campaign to stop the North American arm of British company National Express's union busting.

Teamster Louis Malizia then explained to the conference more about the low pay & exploitation by National Express of school bus drivers as part of an "International Activism" debate.

He pointed out the reputational risk to the company from such behaviour and the considerable USA litigation risks from commonplace breaches of Labour law and health & safety legislation.

In the Q&A I made a contribution that there are Ten United Nations Universal Principles of Human Rights. Responsible investors have to respect all Human Rights and this includes Principle 3 regarding trade unions - "Businesses should uphold the freedom of association and the effective recognition of the right to collective bargaining".

My point is that you cannot "pick and mix" which particular Human Rights you want to uphold. You have to uphold all of them equally. I hope that National Express and other rogue employers such as the Board of UK Catalysis Housing Association, will understand that if they do not uphold all human rights - then they run the obvious risk that they will be accused of not respecting human rights.
Posted by John Gray at Monday, December 08, 2014