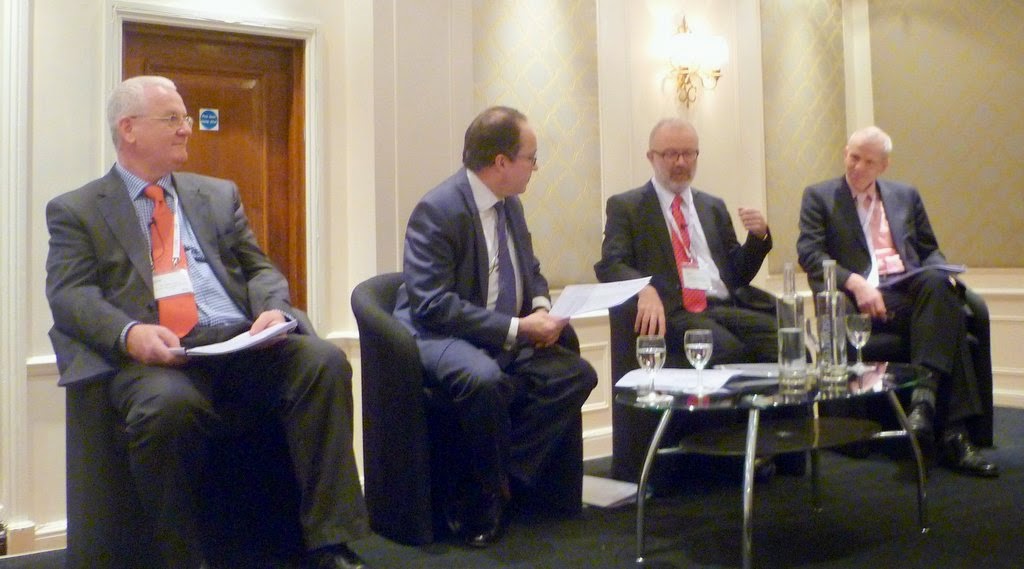 Investor engagement is probably one of the most significant things that LAPFF does on behalf of its members. "By bringing local authority funds together to work collectively, the Forum is able to maximise their influence" .

Cllr Quinn started by pointing out how important it was for investors to engage and keep an eye on  all the companies they invest in - who would have expected Tesco's to have behaved in such a way? Trinity Mirror refused to accept that they had a problem with the Hacking scandal but all the information from "Hacked off" proved to be true. How could Barclay's justify giving three times as much money in bonuses as they returned to investors?

One of the most positive engagements he experienced was after the Rana Plaza garment factory collapse in Bangladesh when reputable companies were coming to us to explain what they had done and what they were planning to do. There was no investor rush to exist Bangladesh which would have not helped.

Vice Chair of LAPFF, Cllr Rose discussed the engagement he has had on Carbon risk with the UK major oil majors and the fall out from falling prices.

Cllr Geening talked about how engagement can take time and be difficult. Such as the lack of progress with National Express on their anti trade union activity in the USA. Management don't think there is a problem. However, it took time for similar issues to be dealt with at First Bus and engagement did eventually work.

I raised a question to the panel about whether they would support disinvestment in a company as a last resort if engagement failed?

The panel response was as a very last resort they would consider disinvestment but it would have to be at the very end of the road. The whole purpose of engagement is to change company behaviour and if we walk away from a company then it won't necessarily change anything.

There was a good point made about what would be the future of engagement if the LGPS was forced to invest only in passive (tracker funds) and therefore could never disinvest.
Posted by John Gray at Sunday, December 07, 2014