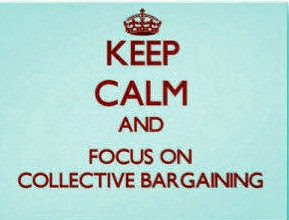 The motion below on Union Busting has been sent to by UNISON Housing Association branch to next year's Greater London Regional Council AGM in February 2015. If it is passed it will also be considered as a regional motion for the National Delegate Conference (NDC) in June.

A similar motion will be debated at the National UNISON Community AGM in March 2015.

Labour Party branches will also be asked to consider a motion for the Party Conference and to make a submission to the next National Policy forum.

Labour Prospective Parliamentary Candidates and Shadow Cabinet members will be sent this motion and background details asking for support.

I hope in particular that the Board of Catalyst Housing Associations are made fully aware of the legal, human rights, reputational and other risks of allowing Union Busting to take place.

That a number of Housing associations, Charities and private employers who provide public services are openly hostile to trade unions, carry out American style anti union practices and refuse to recognise trade unions.

The right of free assembly and collective bargaining is a fundamental human right enshrined in international law. Any failure by any employer to honour these rights with regard to trade unions means they do not respect human rights.

We note that “not for profit” or “third sector” employers are normally registered charities and should share a social ethos with regard to good governance and respecting human rights.

Replacing free and democratic trade unions with internal “staff associations” is historically a central plank of the philosophy called “Corporatism” which has direct links with far right political groups in the UK and abroad.

All public service employers are dependent on public procurement and funding, direct or indirect.  While at the same time many pay their senior managers huge amounts of money.

Many supporters of national charities would be horrified to find out that these charities refuse to recognise or engage with independent trade unions.

There is a huge reputational and financial risk to employers who engage in such anti-trade union busting.

This Regional council calls on Regional Council Officers to:-

Draw up a campaign plan on how to organise in Public Service Providers that we do not currently have trade union recognition.

Call upon National Labour Link to examine whether local Councils and a future Labour Government should debar any Public Service Provider that does not recognise trade unions from access to public funding or procurement.

Call upon the Government to hold an independent public enquiry into the governance and democratic deficit of employers who provide public services.

(This motion to be considered for NDC and if successful the wording to be changed according)
Posted by John Gray at Monday, December 15, 2014