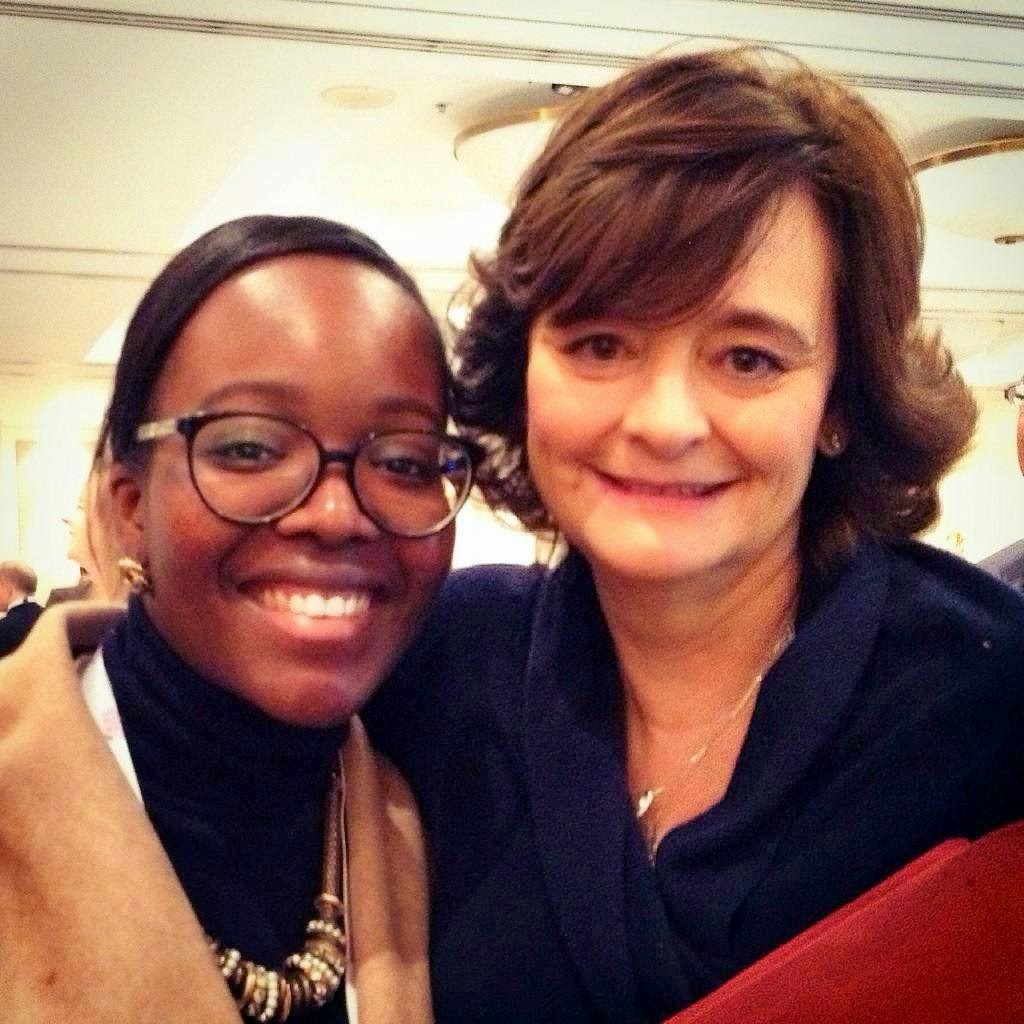 Picture of Guest Speaker at LAPFF conference, Cherie Blair, with the youngest member of the Newham Council Pension Committee (and possibly in the entire UK?) Cllr Seyi Akiwowo.

Cherie spoke about how when she started to practise law, human rights was not on the agenda especially for pensions. A common view at the time was that of the economist, Milton Friedman, that the only job of business was to maximise profit.

Nowadays most retail shoppers surveyed say that business ethnics matters but will they remember this during a Black Friday wrestle?

Socially responsibly investment is not a drag on company performance but improves it. According to the FT only 50% of companies currently comply to the Code of Practice.

Pension funds are holding the keys to capital, you can demand good business practises. You can help bring about change in the world - in the here & now. Issues such as child trafficking are not just for the  Police & Governments but also for pensions funds.

Those who are sceptical of this should remember the German philosopher, Schopenhauer's, three stages of truth "First, it is ridiculed. Second, it is violently opposed. Third, it is accepted as being self-evident".

Cherie also referred to the glass ceiling of women on Company boards. Research shows that most board appointment are made are the basis that "they know the company Chairman". Diverse boards result in better financial returns

Cllr Akiwowo asked Cherie on behalf of young people "How do we make pensions more sexy and make all aspects of diversity important? While Newham's elder Pension statesman, former Chair of LAPFF, John Saunders, also asked her a question relating to her work for the Kazakhstan government. Both questions were smoothly and calmly answered by her.

She agreed with Cllr Akiwowo that we need to educate young people about pensions and make pensions more relevant to all.  Also in response to John, that you cannot live in an  "ivory tower" and must be prepared to do the right thing even in a different and difficult environment.
Posted by John Gray at Sunday, December 07, 2014