Eric the Trekkie at the LGA Parliamentary Reception 2014 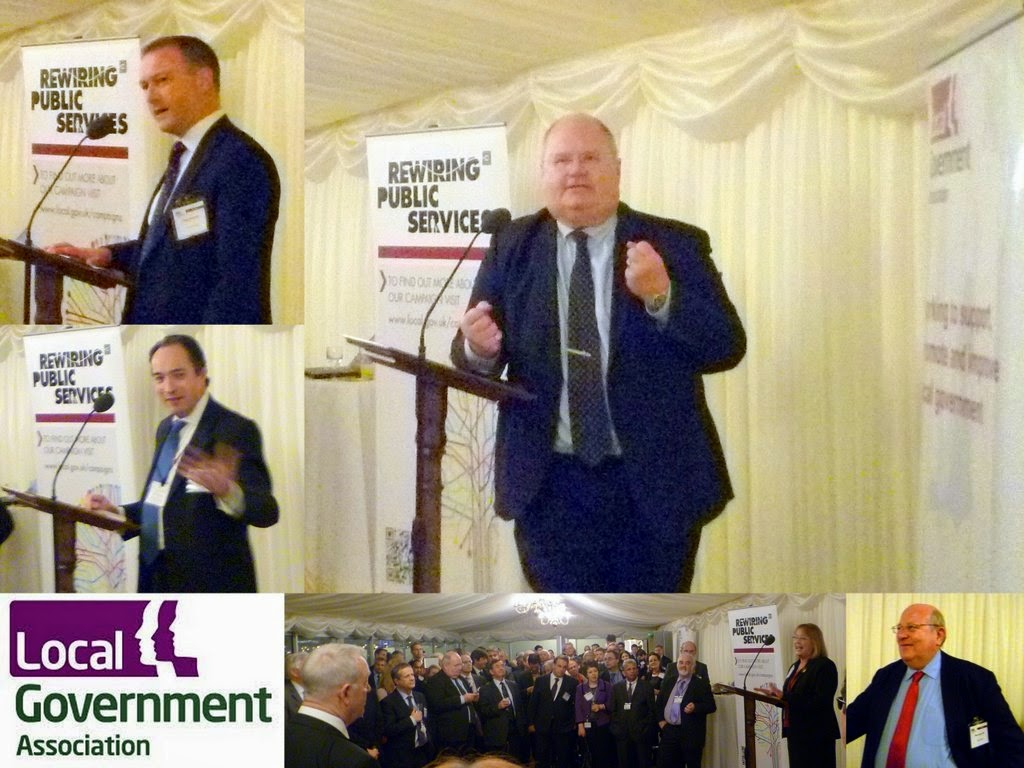 Steve contrasted his experience as a Councillor with that as an MP. He felt the experience was very different especially since local people could attend Council meetings to let Councillors know their views but the House of Commons seems isolated in comparison.

Next was the Secretary of State for Communities and Local Government Eric Pickles. He described himself as a Star Track fan and told us that "all resistance to freezing Council tax rises was futile".

Apart from this joke Eric's speech was actually non partisan and even very "un-Eric". He praised local authorities for their response to the recent floods and said he thought Councillors were excellent local advocates and champions. He claimed that if he ever seems grumpy as Secretary of State we should remember that he loves us all a lot.

The head of the LGA, Conservative Cllr Sir Merrick Cockell spoke next and actually said how sad he was that due to property price increases his children are not able to live in the borough (Kensington and Chelsea) he has led as Council leader for the past 13 years. Which I found to be a pretty amazing thing to hear. If his kids cannot live there then who can?

He also called for more homes to be built, to support small builders and for a 5 year long local government grants settlement by National Government rather than yearly. Which makes perfect sense to me.

Final speaker was Baroness Bakewell who had served beforehand for 20 years in Somerset Country Council and she reflected on the 8 times so far the Lords had defeated the Government and the many other times that they had made them rethink their policies.
Posted by John Gray at Saturday, March 15, 2014