The return of a Buckley Mug 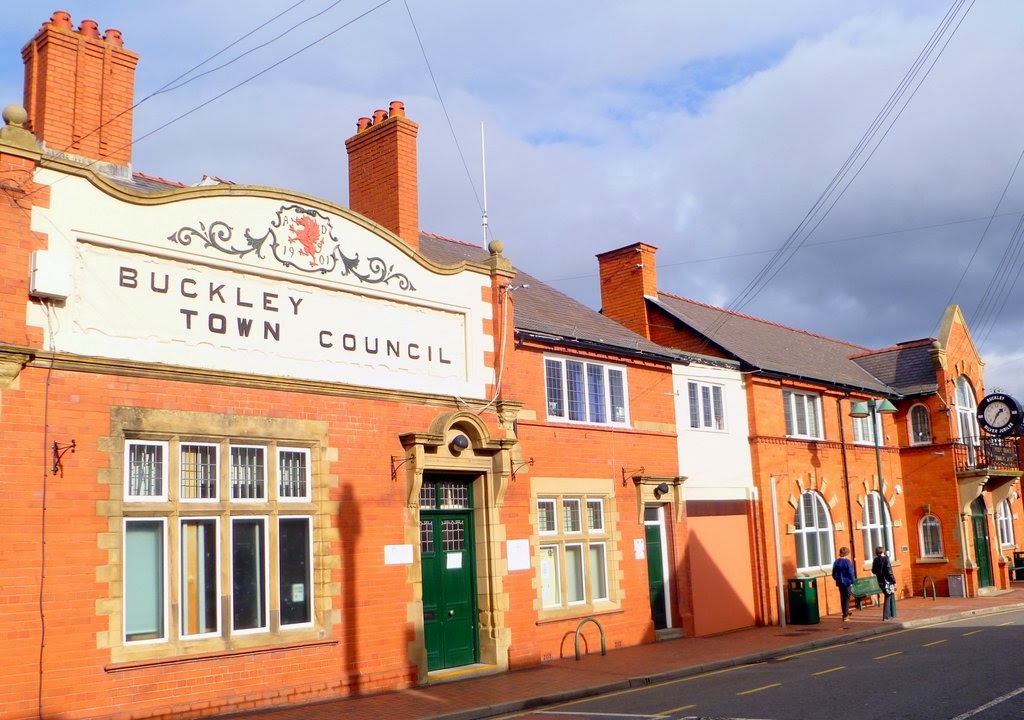 Last month I went "home" to North Wales to help my sisters move my Mum to a new sheltered flat in Ruthin from Denbigh.

I had a couple of hours to kill so drove over the lovely Clywdian hills to Buckley.

I was brought up in Buckley, Flintshire until I was about 15 years old and the family moved further up the North Wales coast to Holywell.  I still stayed in School until 18.

I have not been back to Buckley for many years and the town has changed a lot.

Buckley use to be "an industrial heartland for pottery and coal mining". The term "Buckley mugs" was used by outsiders to describe its inhabitants since there used to be 14 different potteries in the town. Although in Wales it is only 6 miles from the English boarder. The distinctive old "Potteries" Buckley accent has now died out but as a boy I can remember old men in flat caps coming into the newsagents I used to work at ("Freds" at the Cross) very early in the morning and "thee" and "thou" while buying their tobacco and the Daily Mirror.

My father came from Scotland to work at the local aircraft factory in nearby Broughton (still open today) and met my Mum who was a local auxiliary nurse from Denbigh.

I drove past the houses we used to live in (Church Road and Maxwell Close) and my old Primary School (Mountain Lane) and Secondary School (Elfed High).

I was somewhat dismayed to see that the old quarries that I used to play in when I was young had been filled in and built over with new housing - but such is life.

The infamous Buckley nightclub "The Tivola" (Tiv) is still there while Buckley Common is still open and undeveloped, a great place for kids.

The picture is of Buckley Town Hall and the adjacent swimming baths and public library. This hasn't changed though the baths are long closed. "The historically-important baths were built by the local Miners’ Welfare Committee with funds generated through a one-penny-per-ton levy from local mine owners, part of a national scheme designed to alleviate poor living standards in mining communities".

It was calculated that 1.2 million tons of coal had to be dug out to pay for those baths.This was during the days when coal had to be mined by pick axe and shovel (1920's).

My father, another John Gray, was an assistant branch secretary of the Electricians Union, a Tenants Association rep and Labour Councillor for Buckley Town Council. I can remember people in the street stopping and chatting to him about local political issues (and calling him "Jock" - which when I was little used to mystify me why they called him this?)

To my shame the only people I am still in contact with (and that largely by Facebook) from Buckley now also live elsewhere.

Each year on the 2nd Tuesday in July there is a "Buckley Jubilee" and tradition procession through the town.

One day this Buckley mug will return and take part.
Posted by John Gray at Saturday, March 08, 2014