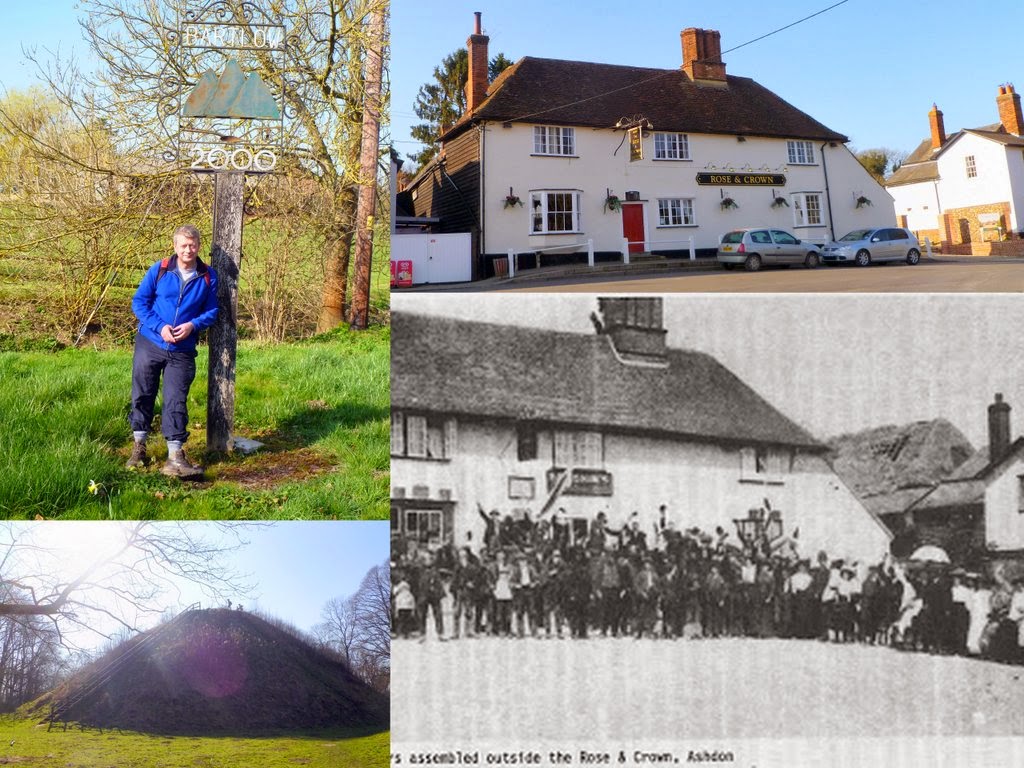 The weekend before last I went by chance for a  country walk in the Essex /Cambridgeshire boarders. It was only afterwards that I realised the significance of its starting and finishing point, the beautiful but historic village of Ashdon.

100 years ago Ashdon, was the centre of a desperate struggle between poorly paid farm labourers and farm owners.


Check out this post at Country Standard for a full account of the dispute.  The Essex Standard had  described how farm workers felt at the time.

"The condition of the agricultural labourer is as bad as can be, he toils like a slave, lives like a pig and often dies like a dog, with no pleasure but an occasional debauch at the ale house, no prospect but that of the Workhouse for an old age of rheumatism and misery'

Support for the strike

Speakers included George Lansbury MP , John Scurr (later MP for Mile End) and Rev Edward Maxted the "Socialist" vicar of Tiltly. But the largest meeting was to hear Sylvia Pankhurst speak and it was her who led a procession through the village of Helions Bumpstead at which over 2,0000 were present on Sunday 26th July 1914

Arguable the "Militant" strike centre of the dispute was at Ashdon, Essex, Where over 70 police officers had to be stationed to keep order, being billeted in Rose & Crown

Many strikers were fined and even imprisoned.

The police were now patrolling the villages night and day, this not stop the attacks on imported "blacklegs", their lodging houses, unsympathetic shop owners premises and of course the local Conservative club or indeed the firing of hay stacks, which lite up the rural night sky, in what must have seemed a throw back to the "Swing" Riots of the 1830's

The strike was far from being settled, when the impending outbreak of World War One, forced the protagonists to resolve the situation.

Agreement was finally reached on 3rd August 1914, just one day before war was declared and the men returned to work 5th August at a rate of 15 shillings a week and £8 for harvest, most men re-employed and the Union had secured a limited but significant victory.


As for the men of Ashdon imprisoned, they were given a choice between imprisonment or volunteering for the army", of the eight only one opted for the army, Walter Marsh who survived nineteen years in the army, eventually dying in 1971 aged 89