Moving the motion in favour of "Sectorial Wage Councils" 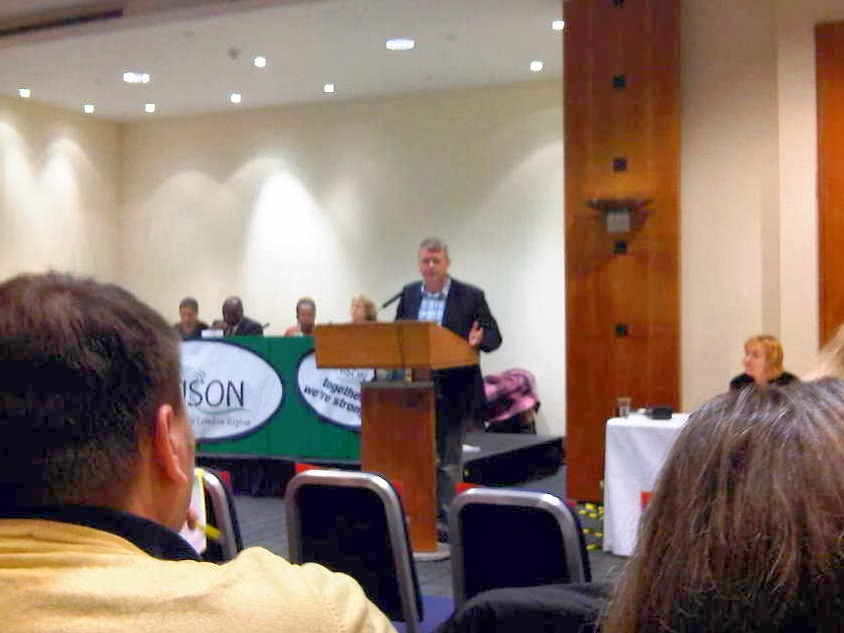 "Council, there are many things wrong in our society and one thing that is particularly rotten is that the lowest paid in our union are also the most at risk of the greatest exploitation and the ones most likely to suffer poverty pay, poverty sickness benefits and poverty pensions.

These members who care for the most vulnerable members of our society – the elderly, the infirm and the disabled - are themselves vulnerable because they typically work in very small and fragmented workplaces over a large geographic area or they work part time - or have two or more jobs - or work shifts.

Anyone here at this meeting who has tried to organise in these conditions to fight for better pay and terms will know how difficult it is.

This is not a new thing. Poverty pay in these sectors has been a curse for generations. So what is the answer?

In the medium term the only way we as a trade union are going to improve the chances of our members getting more money in their purses and pockets is to campaign and argue for the reestablishment of wage sectors in such sectors.

Please note Council the word “re-establish”. For decades millions of workers in this country were protected by wages councils. This is a “back to the future” proposal.

In other countries it is still the norm for trade unions and employers to still down together, bargain and set terms and conditions.

This Tory led coalition last year to its everlasting shame dismantled in England the last major wages council – the Agricultural Board.

Why is it all too often in this country that the collective is seen as “bad” and rampant individualism as “good”? I think when we look at the growing inequality of wealth in this country we know the answer.

Wage councils are not just about pay and conditions. They also include a training levy and education classes. Often run by trade unions.

There is a desperate need in our society to train and skill up workers, not only to improve the service they offer to their clients but to give them a proper career structure.

This should not be seen as just a bureaucratic measure, it should be seen as collective bargaining and if there is a failure to agree, then there must be the risk to employers of industrial action.

Council, if the union supports this measure there will be a huge political fight ahead of us. We will have reverse decades of neo-liberalism and the belief in unfetted "free markets rule" propaganda.

And even those who don’t think that such a measure goes far enough will see that this can transform the lives of our members for the better.

When you look at the problem and what are the alternative practical possible solutions then this makes sense. It has worked in the past, it works elsewhere and it can work in the future.