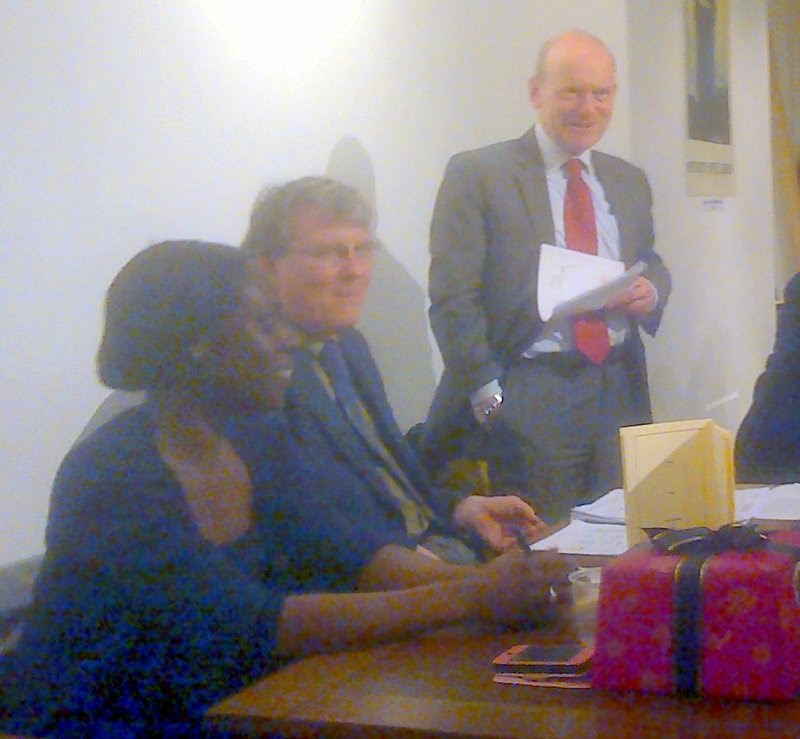 At last months West Ham "open to all members" General Committee our neighbour John Biggs was the guest speaker after the debate on the Collins Review.

Which is possibly one of the most difficult jobs in British Politics.


John started by calling for the Labour Party to renew itself while keeping its values.

He pointed out that the Tory London Mayor Boris Johnson has reduced the number of  police officers from 32,000 to 30,500. Ken Livingstone when he was the Labour Mayor increased Council Tax to pay for more Police. Londoners are not stupid. They know you can't provide services without protecting the people who provide those services.

We can't have things without paying for it. Boris Johnson uses "Alice in Wonderland" language to defend his actions. He is prepared as Tory Mayor to raise regressive public transport fares to "provide" services but is not prepared to increase Council Tax to save fire engines.

Tory Boris claims to provide more "affordable" housing but the rate is set usually at 80% of London market rents so those on low or middle incomes simply cannot "afford" it.

John called for an "alternative budget". A budget based on Keynesian principles. We need investment. We need a new East London river crossing, investment in transport and other infrastructure. Investment in the Olympics was great but what about investment since and how to deal with the huge problem of low life expectancy. If some people think that Education is expensive then look at the cost of ignorance.

East London has social problems but it is the most entrepreneurial part of London. Contrary to the  claims of the Tories - people come to East London to work - not to sponge.

I have known John for nearly 20 years and worked in Tower Hamlets for much longer. As a trade unionist I have on occasions been on the opposite side of the negotiation table with John but I am proud that my union UNISON and its political fund Labour Link is playing a leading role in the fight to get John elected as Tower Hamlets Mayor.

A hard working, decent man prepared to do a difficult job with Labour values.

JN Biggs who raced sidecars? If so I have photos of you in action. Kirkcaldy & District Motor Club facebook page for details.

JN Biggs who raced motorcycle sidecars? If so I have photos of you in action.